The Indian start-up, CREO has launched its first smartphone dubbed as CREO Mark 1, as promised. The smartphone is priced at Rs. 19,999 and will be exclusively available via Flipkart and company’s site from the end of the week.

The USP of the CREO Mark 1 is its Fuel OS built on Android 5.1.1 Lollipop, for which the company has promised to roll out updates with new features, every month in the form of over-the-air updates. Not only this, company has also introduced some extensive features, which no other phone had till date. Like the Echo, which is a built-in answering machine that automatically answers when you don’t attend a call and the caller can also recorded his/her message that is stored in the phone. Another interesting feature that the company unveiled is the Sense, that lets you find anything on your phone like settings, contacts, or downloaded files in just two steps. It has another important feature named Retriever, which sends an email if a new SIM is inserted, including number of the SIM and it doesn’t require internet. CREO support will also help you to locate the phone.

Moving on to the hardware specifications, the CREO Mark 1 flaunts a 5.5-inch Quad HD (1440 x 2560 pixels) display with 2.5D Corning Gorilla Glass 3 protection, both at front and rear panel. It is powered by Mediatek Helio X10 (MT6795) octa-core processor clocked at 1.95 GHz, coupled with PowerVR G6200 GPU and 3 GB of LPDDR3 RAM. The dual Sim smartphone bears 32 GB internal storage, which is further expandable up to 128 GB with a hybrid Sim slot. It comes with three capacitive buttons, that can be customized according to your comfort. 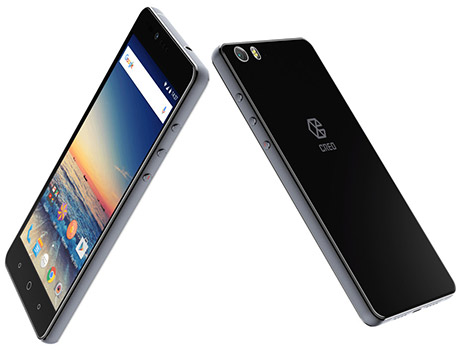 CREO is also offering customers to engrave their smartphones, with the choice of text they want displayed on the side of their smartphones. The first 2,000 customers will get the engraving free. The company has also promised its next update for the CREO Mark 1, that is scheduled to rollout on May 13, and will bring features like a photo editor, customisable echo messages for different callers, and a selfie screen flash. Users can also suggest the feature they want on company’s forum via ReFuel app, and if it gets selected, it will be roll out in next update, and the user will get credit for it and not the developer. 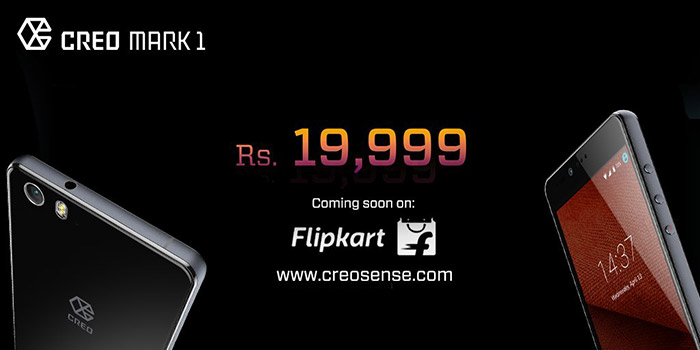 Aren’t all these features exciting for a phone, especially when it is manufactured by an India startup for the first time? So what you guys think about the CREO Mark 1? Please tell us in our comment section below.