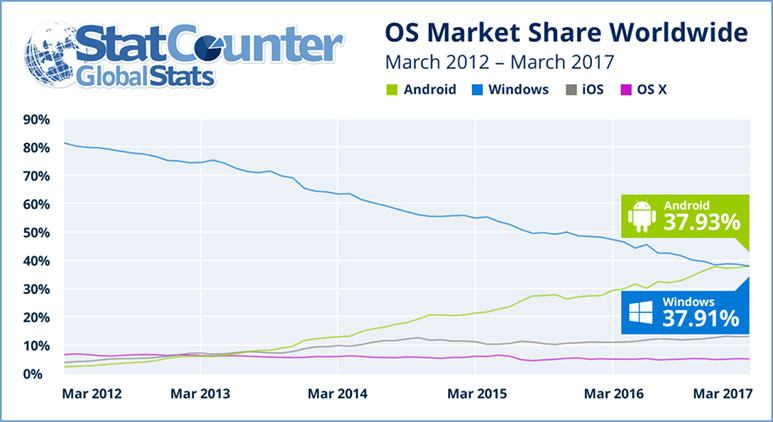 From the graph, it can be clearly seen that market share of Android kept on gradually increasing from March 2012 and that of Windows kept of gradually decreasing. At present, Windows has a market share of 37.91% which is 0.3% less than Android’s market share. Also, followed by Windows the third most popular is iOS with 13.09% market share.

“Microsoft no longer owns dominant OS. Android now world’s most popular operating system in terms of internet usage… the end of Microsoft’s leadership worldwide of the OS market which it has held since the 1980s. It also represents a major breakthrough for Android which held just 2.4 percent of global internet usage share only five years ago.”

Along with the world wide stats, the website also revels country wise use of these operating system.

As seen above, most of the developing countries including India have major usage of Android for the web browsing and Internet purpose. 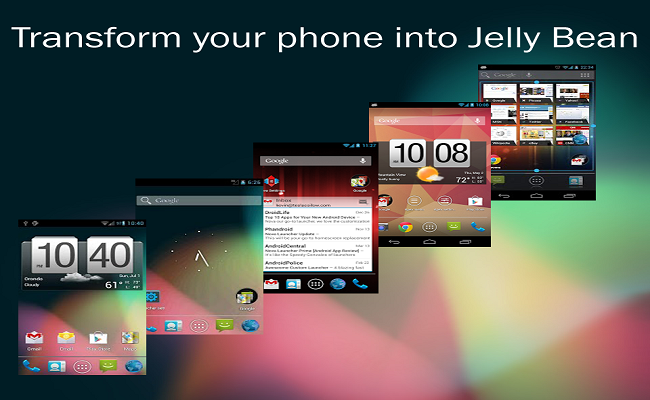 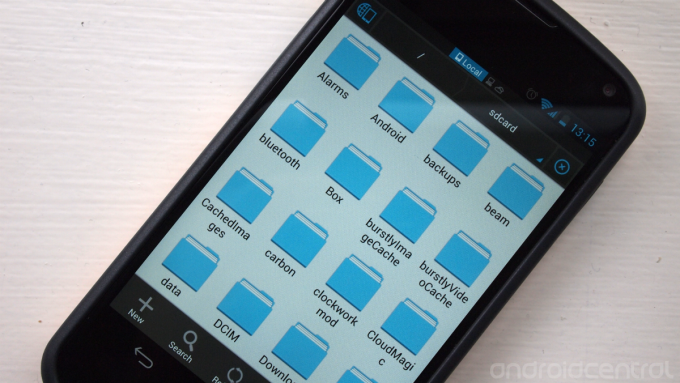 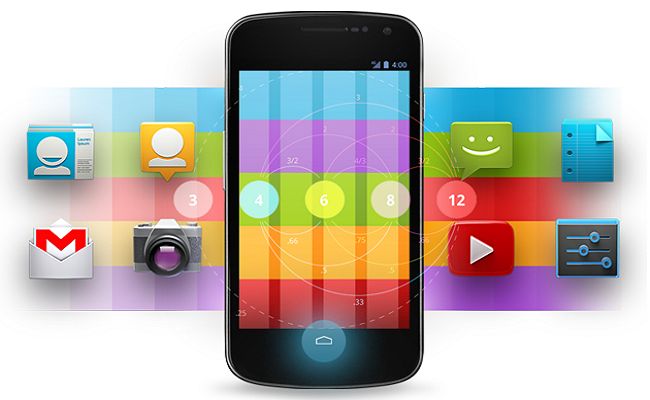 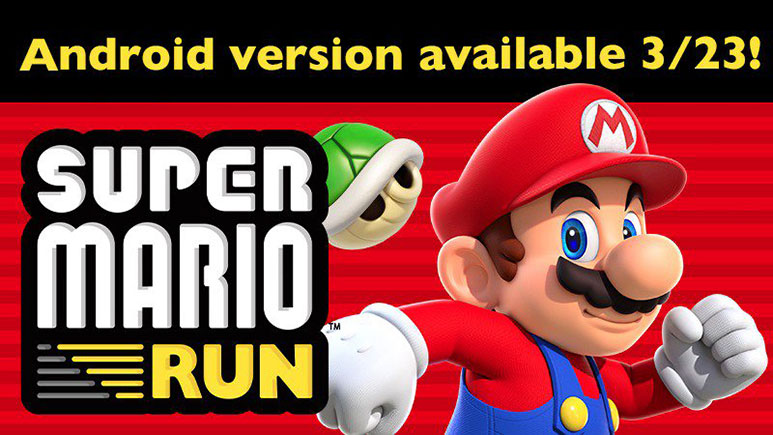