Along with the iPhone 7 and iPhone 7 Plus, Apple has also announced a new smartwatch dubbed as Apple Watch Series 2. The smartwatch will be available in India from October 7th.

The Apple Watch Series 2 features a new display, which is 2x brighter with 1000 nits, brightest for any Apple display. It is powered by a new S2 chip with a faster dual-core processor and a new GPU with 2x graphics performance, which makes it 50% faster than its predecessor. The smartwatch will run on Watch OS 3. 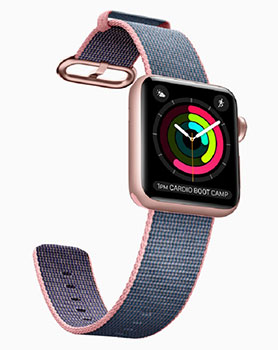 The Watch Series 2 now comes with built-in GPS that does not require you to carry your phone while running or walking for your mapping needs. It is also “swim proof” that is water-resistant up to 50 meters. In addition, Apple has included some new swim workouts within Apple Watch for the swimmers out there. Apple has also introduced a few new versions for its Watch Series 2 line-up, including a new ceramic Apple Watch, Hermes edition, and Apple Watch Nike Plus. The company also announced that the wildly popular Pokemon GO game will also be available on the Apple Watch. 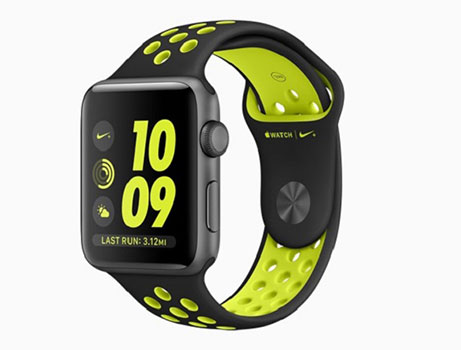 Apple Watch Series 2 will be available in Gold, Rose Gold, Silver or Space Grey aluminium, or Silver or Space Black stainless steel cases paired with a wide variety of bands starting at Rs. 32,900.