At CES 2017, Asus has also announced the company’s latest ZenFone Zoom series smartphone, the ‘ZenFone 3 Zoom’, along with the ZenFone AR. The main highlights of the ZenFone 3 Zoom is its dual rear camera setup and massive 5000mAh battery.

The dual rear camera setup includes a 12MP rear camera with 25mm wide-angle lens and a 56mm telephoto lens. The secondary 12MP camera offers 12x zoom and 2.3x optical zoom. It has TriTech+ optimization that selects one of three autofocus methods – Dual Pixel, continuous AF and laser, to use at any given time and promises image capture in just 0.03 seconds, even with a moving subject. The dual rear camera setup is very much reminiscent with that of iPhone 7 Plus.

The Asus ZenFone AR sports a 5.5-inch Full HD (1920 x 1080 pixels) AMOLED display with Corning Gorilla Glass 4 protection. It is powered by a 2GHz Octa-core Snapdragon 625 14nm processor, clubbed with Adreno 506 GPU. Just like with the Asus ZenFone AR, the company has not revealed complete details of SKUs – though the top-end model will come with 4GB RAM and 128GB internal storage, with expandable memory up to 2TB via a microSD card. 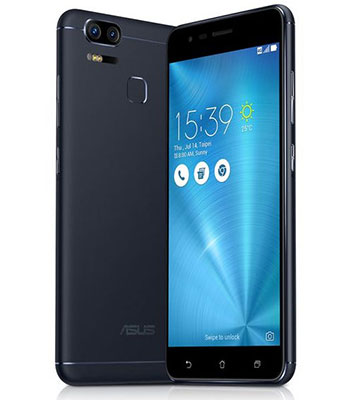 The hybrid dual-sim smartphone runs on Android 6.0 Marshmallow with Zen UI 3.0 on top. It is backed by a huge 5000mAh battery that promises up to 42 days of standby and up to 6.4 hours of continuous UHD video recording. It features Hi-Res Audio 192kHz/24-bit standard and dual internal mic. Connectivity options include 4G VoLTE, WiFi 802.11b/g/n, Bluetooth 4.2, GPS, USB Type-C. It is just 7.99mm on its thinnest edge and weighs in at 170g.

The Asus ZenFone 3 Zoom comes in Glacier Silver, Sapphire Black and Rose Gold colors and will roll out starting from February 2017. However, there is no word on  pricing of the smartphone yet. Stay tuned for more updates!