Nowadays, people are vastly using smartphones and tablets which have made their life pretty easy. They are using them in various ways they haven’t imagined before. With an abundant amount of apps in phones, monitoring health, bank accounts, social networking accounts and much more is an easy task. Smartphones have really made humans smarter!

But, one area where the smartphones still fall short is the battery life, this is why Power Banks were imagined. But when you go out in the market to find a good power bank, the market is overcrowded with tons of power banks from lots of local and international manufacturers. So, to help you out in picking the best power bank, we have compiled the list of 5 Best Power Banks under 1500 Rs. available in India.

Xiaomi has been taking the gadgets and appliance market by storm and their power banks are no exception. Xiaomi power banks have been very popular among the consumers since they were first launched. As of now, the 2nd generation of Mi power banks are in circulation in the market. Talking about the Xiaomi’s product, they have been popular solely for one reason; they provide good quality products at very reasonable prices. It’s the same case when it comes to their power banks. The Xiaomi Mi 2i 20000 mAh Power Bank offers a battery capacity of 20,000 mAh. The 20000 mAh battery size offers more recharges, per full charge and also comes with a single port Quick Charge 3.0 support to fast charge your devices… Read More

It comes with two USB ports, with which you can simultaneously charge two devices, with the same amount of charging capacity allotted to both the ports. Being a 2nd generation power bank,  the Mi 2i 20000 mAh Power Bank is compatible with most of the devices which are currently available in the market. The outer protection of the Mi 2i 20000 mAh Power Bank is made out of a combination of PC + ABS material. These provide a perforated exterior to the device, which not only provides resistance from scratches but at the same time provides a comfortable and slip-resistant hold. The  Mi 2i 20000 mAh Power Bank takes 6.7 hours to charge via 9V/2A, OEM charger and if you have a 5V/2A, OEM charger, it might take up to 10 hours for the power bank to reach its full capacity.

improves charging conversion rates but also stabilizes the discharging rate. The Mi 2i 10000 mAh Power bank offers a conversion rate of more than 90%. The Mi 2i 10000 mAh Power bank is compatible with devices which require 5V/2A, 9V/2A and 12V/1.5A charging. If that’s not all, it also comes with a low power charging mode, which allows you to recharge your smaller devices such as smart bands, smart watches and Bluetooth headsets.

Lenovo, very much like the developers Xiaomi, understands the requirements of a consumer. Since both of them are globally renowned for their smartphone manufacturing prowess, it’s only logical that they created devices to support the functioning of the smartphones. So in the range of power banks, one of the best & latest products offered by Lenovo is the Lenovo 10000 mAh Power Bank. This power bank comes with 5V, 2.1A double USB port and has a Universal Compatibility with the currently available devices. Lenovo 10000 mAh Power Bank comes with 11 safety protections, which also includes protection against overcharging and circuit overheating… Read More

Based on the reviews which the device has garnered from the consumers, the device provides around 95% conversion rate. It is very durable and weighs about 300 gms, so you do not have to be worried about carrying around a bulky looking device, for the sake of charging your phone.

The Lenovo 10400 mAh Power Bank and Lenovo 13000mAH Power Bank are few other power banks from the house of Lenovo, which are little old but are still good.

Intex, though it is a surprise entrant to the list, after looking at the product it was pretty hard to ignore the device. The Intex 20000 mAh Power Bank comes with a Li-Polymer 20000 mAh Battery which is more durable and provides for better charge retention. The power bank has been equipped with 2 USB ports which provide for simultaneous battery charging, for two phones. Though the product is priced very low, it has been provided with high-quality internal circuits. With the same, it has also been provided with features such as temperature resistance, protection from overcharge and over-discharge, input surge protection, protection against short circuit, protection from output surge… Read More

incorrect insertion of USB plugs, over-voltage protection and protective circuits for the cell. The power bank has been provided with a classy design, lively colour combination, elegant looks and an LED Indicator. The device which measures 16.0 x 7.5 x 2.2 cm in dimension, weighs 355 gms and is only available in white colour. On purchase of the device, you will receive within the box a Power Bank, a micro-USB Cable and a User Manual. 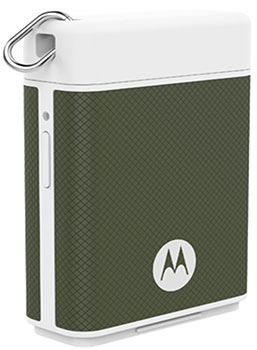 This particular power bank by Motorola is one very unique device which that offers its consumers some unique options. The small device packs within itself a small battery of 1500 mAh capacity and is fairly usable in case of emergency situations. The device also extends as a smart keychain, which means you can attach your keys to the power bank and carry it along with you, in your pocket. The best feature of this device is that it comes with Motorola Key Link feature which allows the user to find their keys and phones if they are not seen around.

There are few more…

So, here is the quick summary of the 5 best Power Banks under 1500 Rs.

Please like and share this list of 5 Best Power Bank under 1500 Rs. with your friends and family and help them in choosing a new power bank.