2017 started with the likes of Asus Zenfone AR, Asus Zenfone 3 Zoom, Samsung Galaxy A Series, HTC U Ultra, HTC U Play, Samsung Galaxy C9 Pro and some other smartphones. Now, with the Mobile World Congress (MWC) event scheduled in February’s last week in Barcelona, we will get to see many new smartphones, as MWC is widely known as a platform where companies unveil their new technologies and products.

Let’s, take a look at the Best Upcoming Smartphones in February 2017:

TCL, which is now manufacturing BlackBerry smartphones gave a sneak peak at the upcoming smartphone code named ‘Mercury’ at CES 2017. As seen in the teaser video shared by the company, the phone will feature a touch-sensitive physical QWERTY keyboard. The touch and type phone brings back a full BlackBerry keyboard in a candybar form, running on Android. 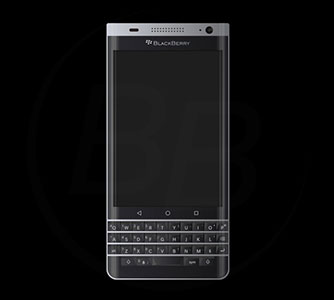 TCL didn’t reveal the hardware specifications of the Mercury; however, a report claims that the phone will come with a Snapdragon 625 processor, 3GB RAM and 32GB of internal memory. However, we will get to know everything in details when the BlackBerry Mercury will be unveiled at the Mobile World Congress on 26th February.

LG unveiled the modular smartphone, the LG G5 at MWC 2016, with its wide variety of accessories. LG’s most ambitious smartphone at the moment is the G6 and we are expecting to see it at MWC 2017. However, LG is reportedly dropping the modular concept for LG G6, after tasting failure with the G5.

On the specifications front, the LG G6 will come with a 5.7-inch Quad HD+ (2880 x 1440 pixels) LCD display, which is said to sport an ultra wide 18:9 aspect ratio. It is said to be powered by Snapdragon 835 SoC, 4GB/6GB RAM, 64GB/128GB of internal storage and microSD card support. It will also sport dual rear-cameras, just like the G5. It will run on Android Nougat. A report also says that LG G6 will have new heat pipe cooling system to conduct the heat away from the processor. LG itself has teased G6 features such as water-resistance, good grip, and big screen.

Nokia is eyeing a comeback in the smartphone market via the partnership with HMD Global for licensing, distribution and manufacturing of its smartphones. The recently launched Nokia 6 is a mid-range smartphone, but a China exclusive. However, Nokia and HMD have confirmed they are holding an event on 26th February, where more Nokia phones are expected.

According to some reports, the company is planning a high-end smartphone, dubbed as the ‘Nokia 8’ aka Supreme. In terms of design, it could sport IP68 rating for water and dust protection. The Nokia 8 is said to be powered by Snapdragon 835, 6GB RAM and some heavy optics in tow. However, there is no official word from the company about this smartphone yet. But, we might see one or two Nokia smartphones at MWC 2017.

Lenovo-owned Motorola has already sent out invites for a launch event on 26th February, hinting at the unveiling of new smartphones at MWC 2017, which are likely to be the Moto G5 and Moto G5 Plus. The two smartphones are expected to be mid-rangers featuring 5.5-inch Full HD display, a Snapdragon 625 processor, a 5-megapixel front camera, fingerprint scanner on the front and likely to run on Android 7.0 Nougat. 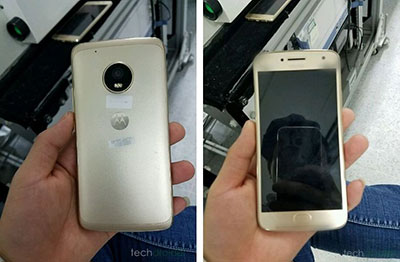 Sony has sent out invites for a press event on 27th February at MWC 2017, where the company is likely to launch five Xperia smartphones ranging from budget to mid-range and flagship devices. The flagship device from Sony is code named ‘Yoshino’. 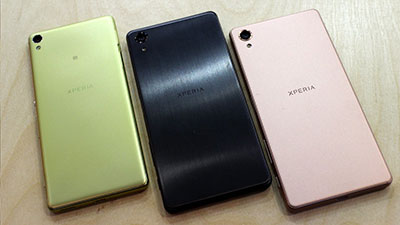 The flagship device reportedly houses a 5.5-inch 4K display with pixel density of nearly 802ppi. It is said to be powered by Snapdragon 835 SoC in 4GB and 6GB RAM variants and a new IMX400 camera sensor. Among the other four smartphones, one is expected to be another high-end smartphone, one mid-ranger and the last two to be the budget offerings. Sony is slowly diminishing from the smartphone market and now it seems like the company is trying to gain some glory by stepping down in the budget and mid-range category.

Huawei has sent out invites for a press event at MWC on 26th February in Barcelona, Spain. The invite promises “the global unveiling of a new flagship device”. The expected device is the ‘Huawei P10’, the successor to the last year’s P9. There is no convincing information on what the P10 will look like and no detailed specs are known yet.

However, rumours say that the Huawei P10 will support wireless charging, and have dual curved screen as well as the fingerprint sensor embedded in the physical Home button. Other leaked Huawei P10 specifications include a 5.5-inch Quad HD display, dual rear camera setup, an 8-megapixel front camera, and a Kirin processor with 6GB RAM under the hood.