With technology evolving so rapidly in the world of smartphones, 2017 promises to bring more innovative and advanced products. Each year, we see some major upgrades and something unique from the smartphone companies in order to be at the top.

Let’s, take a look at the Best Upcoming Smartphones in January 2017: 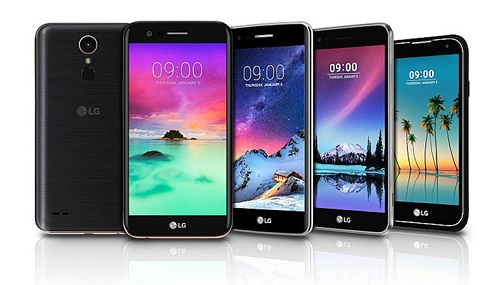 The mid-range Stylus 3 is the most intriguing of the group. The 1.8mm diameter fiber-tip stylus pen is meant to “provide the feel and feedback of an actual pen when writing on the screen.” It has a large 5.7-inch screen with 3 GB RAM and an Octa-core processor. It has a 13 MP rear and an 8 MP front camera, and will be available in Metallic Titan and Pink Gold colors. 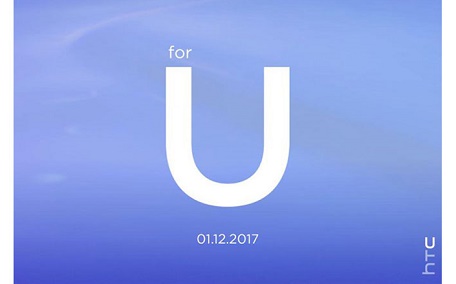 The Taiwanese electronics maker HTC has scheduled an event “for U” on 12th January 2017. However, the teaser image only read “for U” marked with the date 01.12.2017 and no additional details about what the company will unveil is provided. According to earlier rumours, HTC might unveil the HTC X10 smartphone powered by Helio P10, or the company’s highly anticipated flagship smartphone HTC 11. The company is also rumored to introduce a new VR headset and some accessories along with it at the event. However, we will come to know everything at the launch event or if any new teaser pops up before the launch. 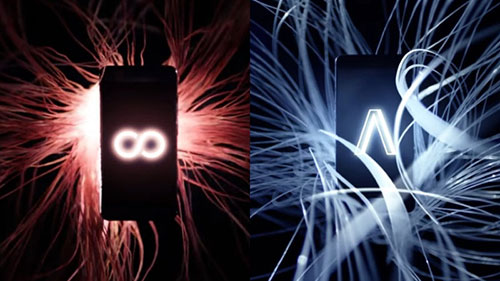 Asus has scheduled its ‘Zennovation’ event for 4th January 2017 and the latest teaser video by the company suggests that it has at least two new smartphones lined up for unveil. The video teaser doesn’t share much information regarding the two smartphones or even their names. However, towards the end of the video, we can see one phone’s display showing an inverted ‘V’ while the other one’s shows an infinity symbol. According to some reports, Asus is planning to launch a Google Tango-ready smartphone named ‘ZenFone AR’ at CES 2017 event. The phone is said to come with advanced functionality and performance at a competitive price. The another smartphone could be Asus Zenfone Zoom, which is supposed to feature a dual-lens camera setup.

Samsung launched its A-series devices, A3, A5 and A7 at CES 2016, and now the company is expected to launch its 2017 line-up of the smartphones at CES 2017. The upgraded versions of Galaxy A-series are expected to come with a USB-C charging port, better battery life, and faster processor.

However, there is no official word from Samsung regarding the specs and launch of these smartphones yet. But, it will be interesting to see in which pricing bracket these phones will be introduced, if the phones are launched at CES 2017. 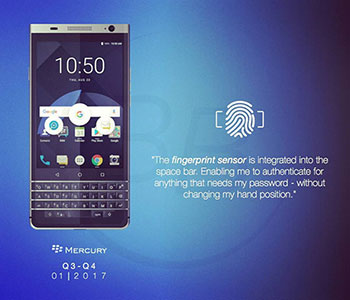 TCL Communication (TCT) is now the exclusive global manufacturer and distributor for all upcoming BlackBerry-branded smartphones. The company has announced that it will unveil an evolutionary first in the mobile industry at the upcoming CES show in January 2017.

An interesting thing about the new BlackBerry phone is that the fingerprint sensor will be integrated right into the spacebar of the keypad. It is also expected to be powered by the Snapdragon 625 CPU, and house a 4.5-inch display, 3GB of RAM, 32GB of inbuilt storage, a 3400mAh battery, an 18-megapixel rear camera, and an 8-megapixel front-facing camera. It is said to run Android 7.0 Nougat with BlackBerry’s own customisations for security. However, there is no official word on the name of the BlackBerry phone, but according to rumours, it will be called as Mercury or DTEK70, similar to the last two phone series — DTEK50 and DTEK60.

6. Honor ‘Double or Nothing’ Event: 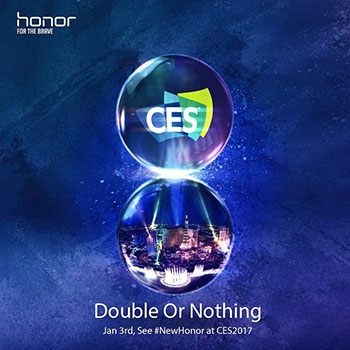 Huawei’s online subsidiary brand, Honor has sent out invites for an exclusive global launch of a new smartphone at CES 2017 on 3rd January. The invite includes a teaser image which only reads “Double or Nothing”, along with the date. So far, the company hasn’t revealed any further information on the device. The company has impressed in the past with its mid-range phones. Could the “double” refer to a dual camera? We will get to know all the details at the launch event or if any information is leaked prior to the launch.