The second quarter of 2017 has ended and it is now time to welcome the third quarter of the year. The third quarter is always the most exciting one as major tech giants like Samsung and Apple bring in their flagships during this time of the year. We saw a lot of intriguing smartphones in Q1 and Q2 of 2017 which had distinctive features never sighted before. Never the less, there is still a lot to come our way in Q3 2017 especially in its first month i.e July. So let’s have a look at the best upcoming smartphones in July 2017 one-by-one.

Starting with one of the most anticipated smartphones of this year, the Xiaomi Mi 6 is expected to arrive in India somewhere around this month. The smartphone has already been launched in China and is now making the Mi fans in India wait. The Mi 6 comes in three different variants staring at a price of 2499 Yuan which roughly translates to Rs. 23,500 and we can expect it to be priced nearby this in India as well. 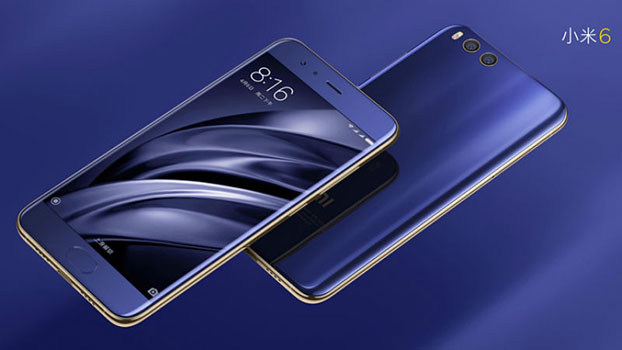 In the camera department, the Mi 6 is equipped with a Dual camera set up at the back. Both the sensors of the dual camera setup are of 12 MP where, one is a wide angle lens while another is a telephoto lens for 2x loss-less zoom. The smartphone also holds an 8 MP front shooter for selfies and video calls. The smartphone contains a 3,350 mAh battery to power itself with 18w quick charging support and has also got an ultrasonic fingerprint sensor on front beneath the glass.

Considering the recent reports there is a heap of Motorola smartphones that could arrive this month, lets get down to all the Motorola devices that are expected to make their way in July. 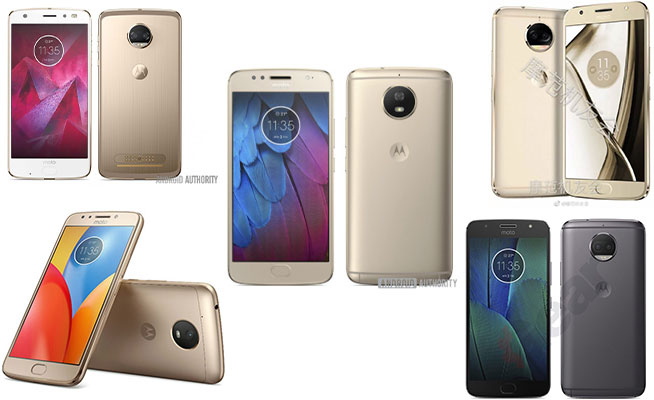 After launching the Moto Z2 Play, the Lenovo-owned Motorola is now planning to bring either of Moto Z2 or Moto Z2 Force. Both the smartphones have been up in rumours and leaks with specifications and pricing details. The smartphones were expected to launch on 27 June but nothing like that happened, so we can now look for them to arrive in July.

As per previous leaks, the Moto Z2 Force, is said to sport a ‘Shatter Shield’ screen along with 1 GB LTE support. The smartphone will also come with Moto Mods support similar to Moto Z2 Play. Also looking at Moto Z2, it is expected to sport a Qualcomm Snapdragon 835 chipset following the trail of recent flagships, along with a 5.5-inch QHD touchscreen and up to 6 GB of RAM.

Moto G5S and Moto G5S Plus are another set of smartphones which are expected to hit the shelves in the month of July. Both the smartphone are an extension to the popular Moto ‘G’ series and hold a design similar to that of the Moto G5 as well. Going by the previous leaks, the Moto G5S Plus is expected to be priced around Rs. 17,999 in India where the smaller variant i.e the G5S will bear a slightly lower price tag.

Moto G5S is speculated to sport a 5.2-inches Full-HD display with metal body where as the Moto G5S Plus will hold a 5.5 inches Full HD display. Both the smartphones will come with dual rear camera setup and are expected to be powered by a 64-bit Octa processor. The smartphones might run on Android 7.0 Nougat.

After being announced globally a few weeks ago, Motorola is now pumped up to launch its Moto E4 and Moto E4 Plus smartphones in India as well. As per the reports, the Moto E4 Plus will be making its way in the first week on July followed by the smaller variant i.e Moto E4 in coming days. The Moto E4 was announced at a price of $129.99 (Rs. 8,400 approx) and Moto E4 Plus comes with price tag of $179.99 (Rs. 11,600 approx).

The Moto E4 Plus bears a 5.5-inch HD (720 x 1280 pixels) IPS LCD display and is powered by a 1.4 GHz Qualcomm’s Snapdragon 425 quad-core processor. The smartphone was launched in two variants, one with 2 GB RAM and another with 3 GB RAM, accompanying 16 GB internal storage expandable upto 128 GB via microSD, however it is still unknown that which variant will be launched in India. The smartphone holds a 13 MP rear camera along with a 5 MP front camera and has got a massive 5,000 mAh battery for its powering.

The Moto E4 sports a 5-inch HD (720×1280 pixels) LCD display and has a 1.4 GHz Qualcomm’s Snapdragon 425 quad-core processor under the hood. The device comes with 2 GB RAM and 16 GB internal storage which can be further expanded upto 128 GB using a microSD card. The smartphone holds an 8 MP rear camera along with a 5 MP front camera and packs 2,800 mAh battery. Both the smartphones run on Android 7.1.1 Nougat which is the latest version.

Moto X4 is again a flagship smartphone that is expected to launch this month. It was speculated to be launched on 30th of the last month but with that turning not to be true we can expect it to launch soon in coming days. Also the price of the smartphone was leaked previously which indicated it to be priced around Rs. 38,999.

To recall, the Moto X4 looks to be sporting a 5.2 inches Full HD display along with a 3D screen on top. The smartphone could be powered by a Snapdragon 625 Octa-core processor and might come in variants of 3 GB RAM with 32 GB internal storage and 4 GB RAM with 64 GB internal storage. The smartphone is also said to be coming with  IP68 certification, Dual rear cameras, Glass build, 3,800 mAh battery and a Type-C USB port.

Coming towards the flagship, Honor 8 Pro from Huawei’s sub-brand Honor, it is most probably set to hit the shelves in India in the first week of July. The smartphone was first launched in its home country China by the name Honor V9 and has already been announced in India but is officially going to be launched in the first week of July where the exact price and availability of the smartphone will be revealed. 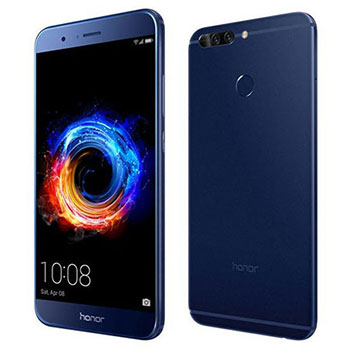 The Honor 8 Pro sports a 5.7-inch display with Quad HD (2560 x 1440 pixels) resolution and has has got a Kirin 960 octa-core processor clocked at 2.4 GHz under the hood. The smartphone comes with 6 GB of RAM and 128 GB of internal storage which can be further expanded up to another 128 GB via microSD card. The device runs on the Android 7.0 Nougat based EMUI 5.0 out of the box.

Camera specifications on the Honor 8 Pro include a Dual camera set-up at rear with both 12 MP sensors which support 4k recording. For selfie freaks, it includes an 8 MP front camera. The Honor 8 Pro has a fingerprint sensor at the back with quick response time. The device holds a massive 4,000 mAh battery which is claimed to give up to two days of usage and comes with smart power mode. 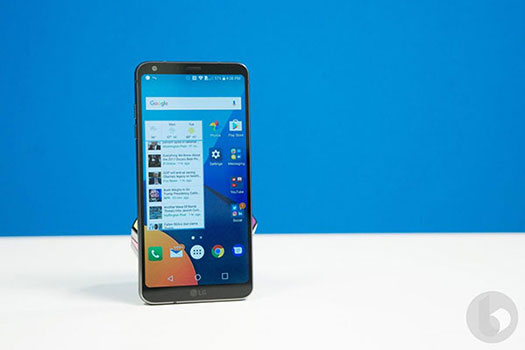 As per the rumours, the LG G6 Mini is said to sport a 5.4-inch QHD+ display with 80 % screen to body ratio and an aspect ratio of 18:9 similar to that of the LG G6. There is no information as of now whether the G6 Mini will hold the same hardware specifications of the LG G6 or not but we can expect it to do so. 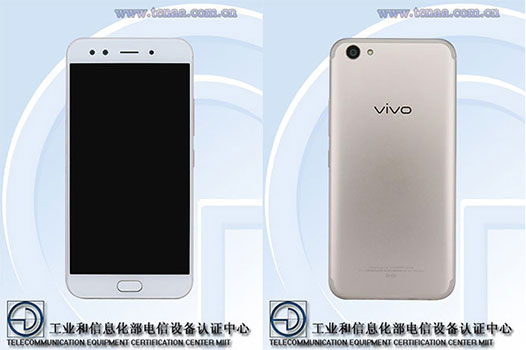 Vivo is also set to bring in its X9s and X9s Plus smartphones which are scheduled to launch on 6th July. The smartphones come in as the successors of previously launched Vivo X9 and X9 Plus. There is not much known about the Vivo X9s, however its bigger variant i.e the X9s Plus was with a leak recently, giving details about the smartphone.

As per the leaks the Vivo X9s Plus appears to be sporting a 5.58-inch Full-HD display along with 1.95 GHz octa-core processor (unspecified) under the hood. The smartphone will come with 4 GB RAM and 64 GB internal storage. The device seems to be running on Android 7.1.1 Nougat out-of-the-box. In the camera department, the smartphone will hold a 16 MP rear camera with single LED flash and a dual front camera setup with 20 MP and 5 MP sensors. The device packs a 3,920 mAh battery for its powering.