Hike introduced the voice calling feature for their users in January 2015. After which, the company also launched free group calls with up to 100 people in a conference call in September 2015.

Video Calling on Hike was the much awaited feature on the app. The video call can be started by clicking the call icon in the app which now provides users with two options: Voice or Video call. While video calling, users can also hide their video from other users by clicking the video like icon at the right side next to the cancel icon. Also users can see the callers video preview before answering the calls similarly like Google’s Duo. Audio Recording icon is also visible on the screen. 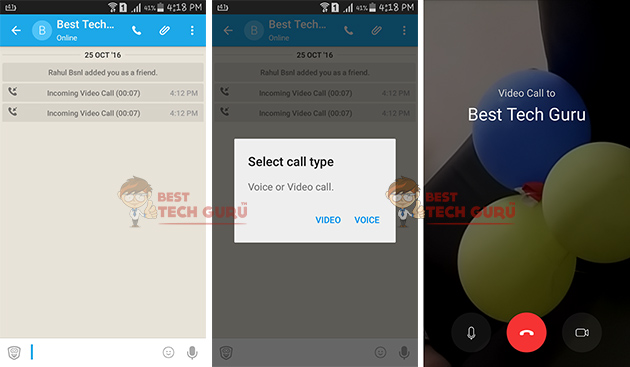 The feature is not rolled out on iOS yet, while contacting a user on iOS, it shows the message as ‘Hike video calls are currently not available on this contact’s phone’. It then provides users with 3 options – send voice message, hike message and operator call. 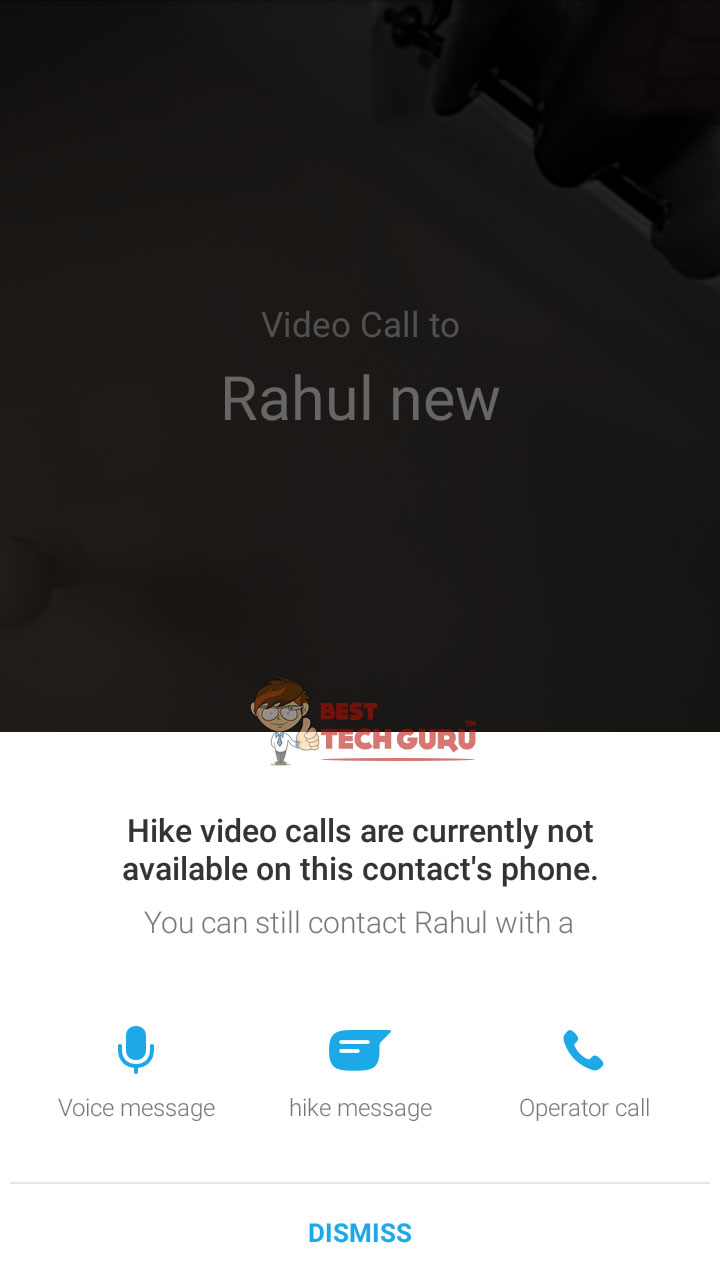 As Hike has not made any official announcement yet, it is not confirmed if the company has officially rolled out the feature to everyone or it is just a part of testing. However, we will keep you updated on this story as more events happen. Please stay tuned!