The world’s largest social media platform Facebook, which has over 2.7 billion active monthly users, has rolled out its latest features for the app and web versions. These new Facebook features are created with the foresight of making the social media space free from the elements of cyber harassment. While at the same time providing users more control over their privacy in the online space.

Talking about the features, the most interesting among the three is the new Facial Recognition feature. This cool new feature is capable of recognizing your face anywhere on Facebook. The new feature will make use of a facial recognition AI, which will first recognize your face after you have allowed it to do so. Once your face has been recognized, if someone on the social media website tries to use your picture as their own, or uploads it on the social media platform, without your prior permission, the AI will recognize it and will inform you about the same. This includes the ability “to choose whether to tag yourself, leave yourself untagged, or reach out to the person who posted the photo if you have concerns about it,” explains Director of Applied Machine Learning, Joaquin Candela, through a blog post. 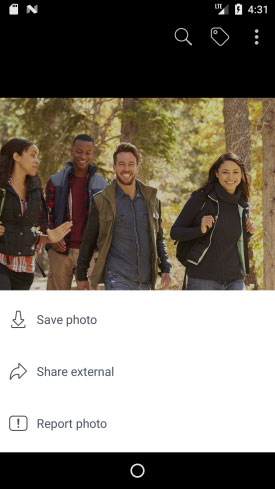 The next two features that have been rolled out today are concerned with the ever-rising problem of unwanted friend requests and Facebook messages. For many times it may happen so, that you might have unfriended a person who might have been continuously bothering you on the social media platform. Even after you have unfriended or blocked the person, they could open a fake account and bother you unperturbed by the consequences.

Well according to the Global Head of Safety at Facebook, Antigone Davis, such messages and attempted online harassment will no longer be a problem anymore, once the new features roll out. According to Davis, once you have blocked a person, Facebook will keep track of the IP address of the internet connection, which was used to create the account or with which it was regularly accessed, and will prevent the person from creating a fake account in the first place.

Davis also explained about how the new tools will enable the users to ignore a Messenger conversation and automatically move it out of their inbox, without ever blocking the sender. Along with that, it also allows the user to read messages in the conversation, without the sender seeing if they have been read. In order to sum it all up, “These automated features help us identify fake accounts more quickly and block millions of them at registration every day,” said Davis.

As of now, new AI facial recognition settings will appear on Facebook platforms everywhere, except for Canada and the European Union, where the company doesn’t offer facial recognition. And as for the rest of the features, Facebook hopes that they will be of immense help for countless women and journalists, who experience harassment on the social media platforms on a daily basis.