Facebook’s messenger has been updated with another bag of new features. Facebook has finally added ‘Reactions’ and ‘Mentions’ to its messenger app. Users can now react to an individual message with given set of Emoji’s including ‘Dislike’, and now you can also tag friends in a group conversation using the Mentions feature.

To react to a particular message you just have tap on the message and hold until a set of Emoji’s appears, select the desired emoji and that will be your reaction to the message. The feature is same as that on Facebook’s website and apps but, a new ‘Dislike’ reaction is also added in the Messenger. Yes, users can also dislike a message to show a negative response to a particular message now, this is a feature which was long awaited. Users will be able to see all the reactions to their messages at the bottom left corner. Tapping the Emoji will allow the users to see who has reacted how on their message. 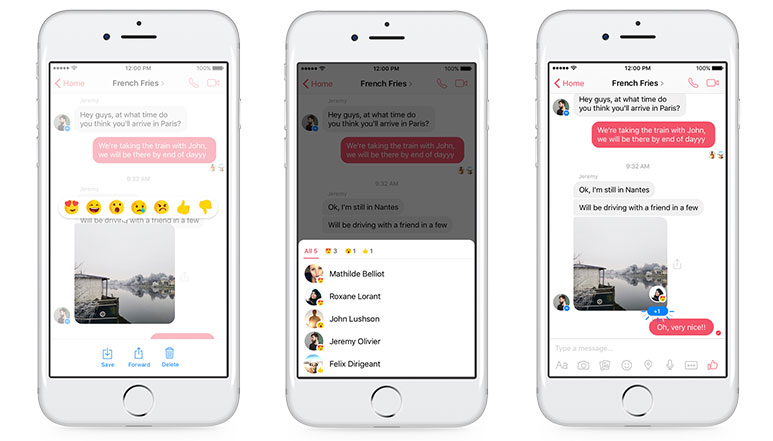 The Mentions features is similar to that of ‘WhatsApp’. Users can tag a friend in a group like we’ve been doing in our WhatsApp group conversations. Process for that is also similar, just add an ‘@’ or start typing the name of group members to select whom to tag. The users will be notified whenever some one tags them in a conversation, there’s also an option to turn off the notifications. A few days back, Facebook also rolled out a ‘Snapchat Story’ like feature called ‘Messenger Day‘ in its Messenger app and now it is up with these new ones. We’ll have to wait and see how Messenger users find the new updates where features from other Apps are being adopted by Facebook in its Messenger App one after the other.