Google, the search giant has now acquired Digisfera, a Portugal based panorama startup for upgrading the Street View further. The acquired company is specialized in 360 degree photography and panoramic photos. Through their official blog post, Digisfera confirmed the acquisition and stated that the employees will be joining the team of Google’s Street View.

Because of the acquisition, the company has ceased their service PanoTag through which the photographers can tag their captured panoramic shots, making them to have the needed attention and popularity on the social networking sites.

The existing customers will be able to access the PanoTag servers till the end of this month and Digisfera will not accept any new customers on their system. After the launch of a standalone Street View app for smartphones and tablets boasting some unique features, it seems Google is preparing to boost the service even further.

The new Street View application inherited the feature for enabling the users to capture their own 360 degree panorama from their smartphones, that Google stated as the ‘Photo Spheres’. 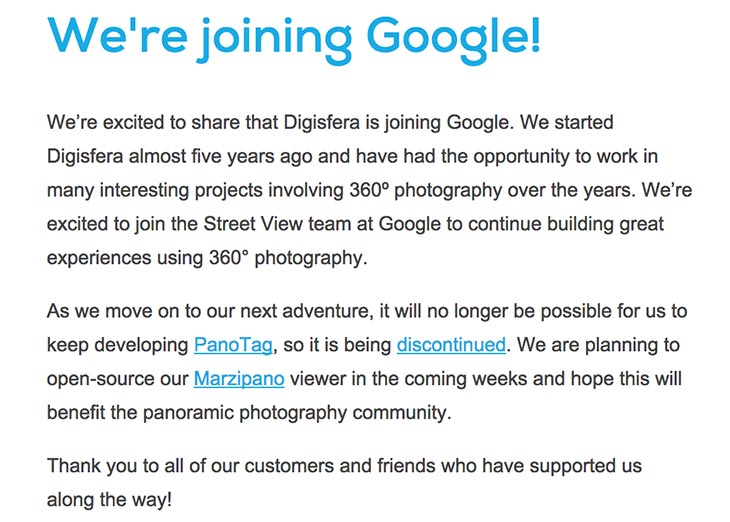