As scheduled, Google has officially launched its smart messaging app Allo for Android and iOS users. The app is now available on both Google’s Play Store and Apple’s App store.

To recall, Google Allo is a smart messaging app that comes with built-in Google Assistant, Smart Replies, enhanced security and much more. Like Duo, Google has focused on a simple interface for the Allo app also. With Google’s built-in search engine in this app, you can search everything right in the app while chatting with your friends and family, without the need of leaving the app.

The Google Allo also has an inbuilt Smart Reply feature which learns over time and will show suggestions. With more and more usage, the app becomes more smarter which in return makes the suggestions more relevant. For example – if someone sends you a photo of pasta then it will come up with suggestions related to pasta like yummy, pasta or whatever.

Google has also introduced the Incognito Mode in the app, just like the one seen  in Chrome. Company claims that the chats in Incognito mode will have end-to-end encryption and discreet notifications. Allo comes with different emojis and also exclusive stickers designed by 3rd party artists from all over the world. 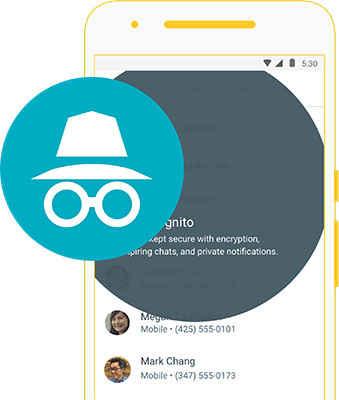 The Whisper Shout is an another innovative feature of Allo, it can change the text size just by swiping up or down the send button for getting attention. Just like Duo, the app uses your phone number to look for other friends who are on the app. You can optionally link up your Google ID as well.

After using the app for sometime, it seems a decent app as of now with verification done in few seconds. The built-in Google Assistant seems helpful but there is no option of sharing images or videos from Google Assistant to your friends within the app which is a turn off, as eventually you have to leave the app to share the searched data. The interface of the app is very simple but we didn’t find it very attractive. The stickers and emojis seems to be at basic level for now which will need some improvements.

Google Allo will be competing now with the other popular messaging apps like WhatsApp, Messenger from Facebook, Hike and some more of-course. It will be interesting to see how Google Allo makes it mark in the market against the big guns. Can Google get an edge of its built-in Google Assistant or will it be a turn off?

Well, we will get to know the fate of Google Allo soon.