Google I/O 2016 is going at full swing, as the company has announced various products at the event. Google has also launched the Android instant app service, Daydream which is a high-quality Virtual Reality platform for Android N and the new Google Assistant.

Android Instant Apps is a new feature that will enable you to run Android apps without actually installing them. Instant Apps will eliminate the need of downloading a full-size app and it will instead download the parts or deep links of an app that are needed, which will save both data and storage space.

With Android Instant Apps, you’ll be able to run any app with one tap, no installation needed. #IO16 pic.twitter.com/QQbJ6xlJCc

Android Instant Apps will officially launch later this year, and Google says that the feature is compatible all the way back to devices running on Android 4.1 Jelly Bean. 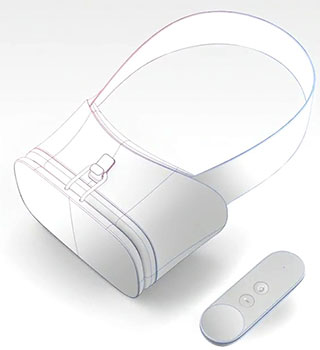 Google Daydream is a new VR platform, which has been built for high-quality VR experience. However, it will be built into Android N and will work with smartphones, headset & controllers, and apps. The controller design by Google is simple with two clickable buttons and a swipe-able touchpad. The company claims that the controller is both “powerful and intuitive” and packs an orientation sensor that makes it work like a “magic”.

You can do some pretty awesome things with the Daydream controller. #IO16https://t.co/GMKIrNbPYS

Google Assistant is an upgraded version of the Google Now, to whom you can ask a question for an answer, and follow-up with multiple questions, with Google picking the conversation out and returning the right answer. It is already integrated with company’s new text-messaging app Allo, as well as with Google Home. Google assistant appears to be competing with Amazon’s Alexa and Apple’s Siri.