The new Nexus smartphones aren’t the only devices Google launched yesterday. Google has also announced the new Android tablet dubbed as ‘Pixel C’ which also comes with a full-fledged magnetic keyboard. The Pixel C is the first Android tablet built end-to-end by Google.

The Pixel C tablet sports a 10.2 inch (2560 x 1800 pixels) display with pixel density of 308 ppi. The tablet is powered by Nvidia Tegra X1 SoC coupled with Maxwell GPU and 3GB of LPDDR3 RAM. It will run on Android 6.0 Marshmallow and comes in two storage variants – 32GB and 64GB. Like the new Nexus phones, it will also feature a USB Type-C port. 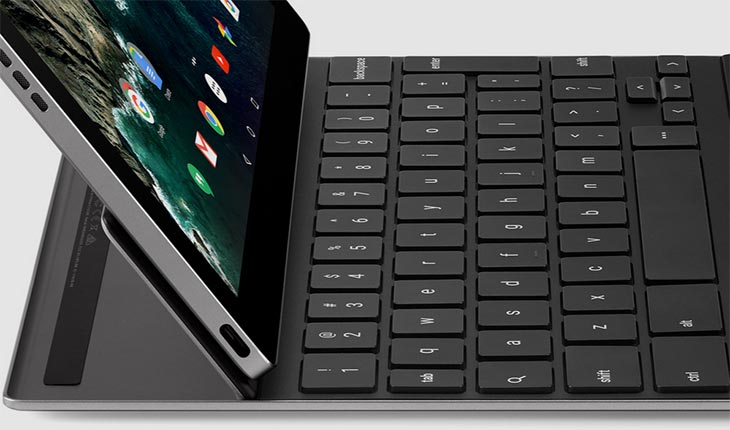 The most interesting feature of this tablet is its detachable keyboard. The keyboard pairs over Bluetooth and connects to the Pixel C magnetically. Google says that the magnets are so strong that users can hold the tablet upside down and once connected, you can angle the Pixel C’s screen from 100 to 130 degrees. The keyboard will be available in two types – one of aluminum and another one of leather.

The metal body tablet comes with a light bar on the back, which glows to show the remaining battery life.

With all these set of features it looks a pretty interesting tablet. And it is definitely Google’s big attempt to hit on the newly launched Apple iPad Pro which comes with a big 12.9 inches screen and keyboard. What will be your choice if you have to choose among the two?