Google has also released the Android N Developer Preview 3, along with many other products at Google I/O 2016. It is now rolling out as NPD35K for Nexus 6, Nexus 5X, Nexus 6P, Nexus Player, Nexus 9/9G, Pixel C and General Mobile 4G (Android One) devices. 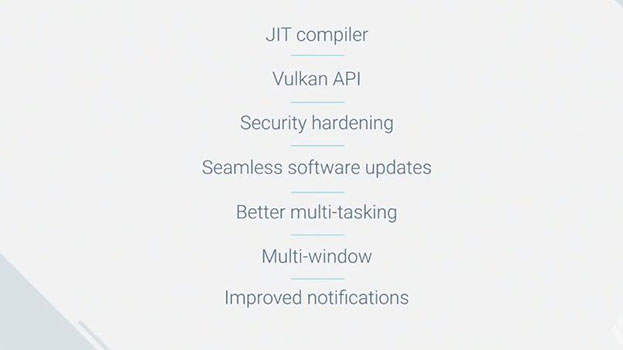 Android N lets users press Meta+/ to trigger a Keyboard Shortcuts screen that displays all shortcuts available both from the system and from the app in focus. Developers can add their own shortcuts or trigger the Shortcuts screen from their apps. Also, 14 preset solid color themes and option to add your own image as the background for the keyboard.

Google is also seeking help to name the ‘Android N’ from its users. Currently, Nutella and New York Cheese are frontrunners, but Google CEO Sundar Pichai said the Indian treat Nankatai is also a possibility if it wins the poll.  The company has also launched a new site where you can submit your suggestions until June 8. Stable Android N release will be available in Q3 2016.