A few weeks ago, Huawei’s sub brand Honor launched its ‘Honor 8 Lite’ in India, and now the company is all geared up to bring in its next flagship as well. A new official poster of the smartphone confirms that Honor 9 will be launching on 12th June. This falls in line with previously leaked poster which also claimed that the smartphone will be unveiled at an event scheduled on 12th June. 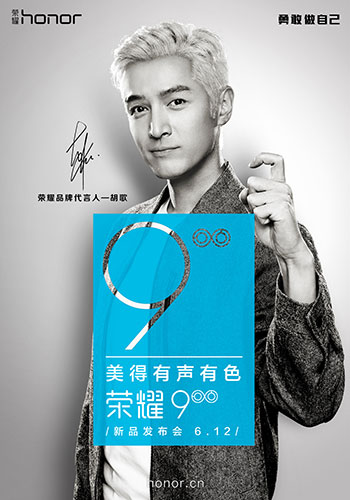 Honor 9 was also listed on TENAA a while ago, which revealed some important specification details of the smartphone. As per the rumoured specifications, the smartphone appears to be sporting a 5.15-inch HD (1080 x 1920 pixel) display with a 2.5D curved glass on top. The device might be powered by Huawei’s own Kirin 960 octa-core processor with a clock speed of 2.4 GHz. Honor 9 is said to be running on Android 7.1 Nougat with EMUI 5.1 on top.

The imaging department, as per the leaks, shows the availability of a dual camera setup on the rear out of which, one will be a 12 MP sensor along with an 8 MP front camera. Honor 9 will pack a 3,100 mAh battery which is well to do and we could also expect it to come with Huawei’s in-house fast charging technology.

The above specifications however are based on speculations and leaks, where nothing except the launch date can be confirmed yet, hence we advice you to take it with a grain of salt. It is just a wait of few day until the smartphone is launched and we get to know the actual details.