The HTC One A9 flaunts 5 inch Full HD (1920 x 1080 pixel) AMOLED display, with pixel density at 440 ppi and Corning Gorilla Glass 4 protection. It is powered by Qualcomm Snapdragon 617 octa core processor, clubbed with Adreno 405 GPU and 2 GB/ 3 GB LPDDR3 RAM.  It has 16 GB/32 GB storage options too, and supports microSD card for further expansion unbelievably up to 2TB! On the software front, it runs on the latest Android 6.0 Marshmallow based HTC Sense on top. It is the first non-Nexus product to have Android 6.0. 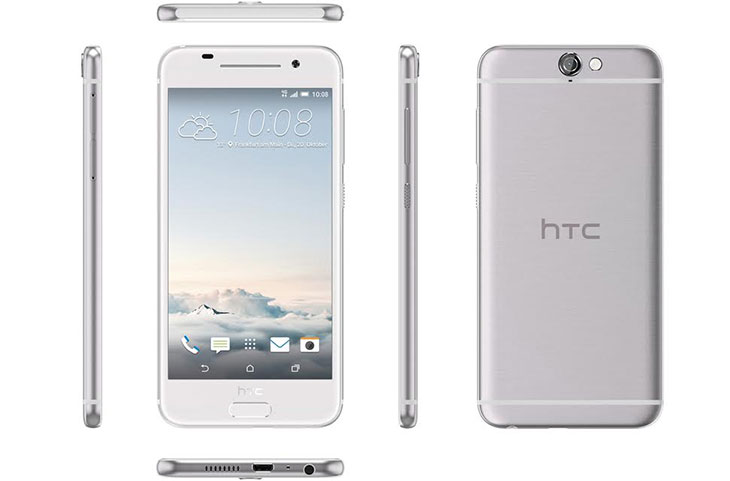 Talking about the camera, it sports a 13 megapixel rear sensor with f/2.0 aperture, optical image stabilization (OIS), Phase Detection Auto focus (PDAF) and dual tone LED flash. On the front, it has 4 UltraPixel selfie snapper also with f/2.0 aperture. It is packed with a 2150mAh battery that gives up to 16 hours of talktime or 18 days of standby time. It also supports fingerprint scanner which adds some more security options to phone.

The HTC One A9 is now available in US only for pre-order at $399 (approx Rs 26,000). The company said that it will launch the smartphone by first week of November globally. So what do you guys think of new HTC One A9? Please comment below and let us know.