HTC has announced a new smartphone dubbed as HTC One A9s at the ongoing IFA 2016 event in Berlin. The full metal unibody designed smartphone will be offered in Black, Gold, and Silver color variants. 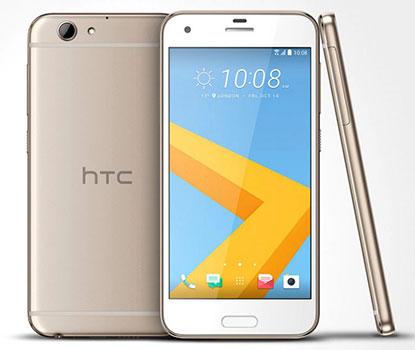 The One A9s sports a 13-megapixel rear sensor with f/2.2 aperture and dual tone LED flash. On the front, it has 5-megapixel front-facing camera with f/2.8 aperture. It is packed with a 2300mAh battery and also includes fingerprint scanner integrated into the physical home button. Connectivity options on the phone include 4G LTE, Wi-Fi a/b/g/n (2.4 & 5 GHz), Bluetooth 4.2, GPS with GLONASS, and NFC.