HTC U 11, an upcoming flagship smartphone from the company that is creating a fair amount of buzz from past few days, especially after the company confirmed its launch on 16th May, is in news again. HTC hasn’t revealed much about the smartphone but it surely wants to bring the highlighting feature of the HTC U 11 into picture.

HTC has recently released an entertaining video teaser (above) which emphasises on the touch sensitive edges of the smartphone, which interprets various ‘squeezable’ gestures from different actions. The edges will basically sense the squeeze on edges and will operate accordingly. The squeeze gestures will help open an app or turn on the flash, or anything else for that matter. The new technology is innovative and could really prove to be an USP for the smartphone against flagships from other companies.

Also, there have been quite a few rumours surfing regarding the HTC U 11, let’s have a look at everything that has come up till date and try to figure out what the device will actually be like.

If early rumours are to be believed, the HTC U 11 won’t be having a bezel-less display like that of the Samsung Galaxy S8 and LG G6. Instead, it will have a similar design that of the HTC U play. The device will feature a 5.5 inch QHD+ display as per the rumours. Talking more about the design, the HTC U 11 will bear a fingerprint scanner on the front below the screen. Apart from this, it also appears that HTC has removed the 3.5 mm audio jack and the users will have to plug in the headphones through Type-C USB port via a connector. The smartphone is also assumed to hold IP57 rating for water and dust resistance. 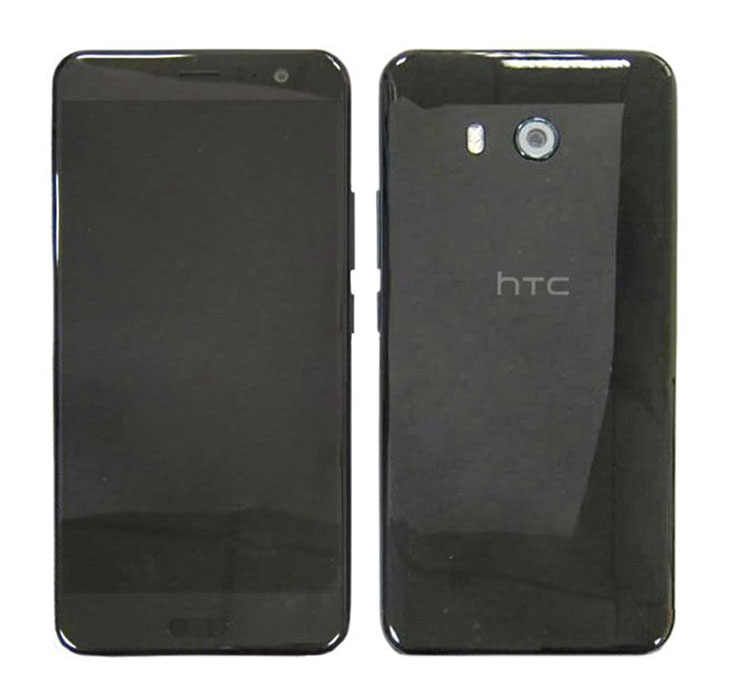 According to the latest reports, the HTC U 11 will be powered by the Qualcomm Snapdragon 835 processor which is justified as it will be a flagship smartphone from HTC and it is arriving a bit late, possibly due to the shortage of Snapdragon 835 SoC. The leaks indicate that the smartphone will come in two variants, one with 4 GB RAM and 64 GB internal storage, while another with 6 GB RAM and 128 GB internal storage, here inbuilt storage in both the variants will be expandable via microSD. The device packs a 3,000 mAh battery.

The HTC U 11 is assumed to be running on Android 7.1 Nougat with HTC’s new Sense 9 user interface along with the Sense companion digital assistant that packs a number of different other features within itself.

As mentioned earlier, the HTC U 11 will be a flagship device and it is most likely that the smartphone will sport high-end specs hence, the imaging department as per the rumours also looks impressive. It is likely that the smartphone will boast a 12 MP camera at the rear along with Sony’s IMX362 sensor and HDR+ support. There are also reports that the device will contain a 16 MP  selfie shooter packed with new exciting camera features.

HTC has already confirmed the launch date to be 16th May and the smartphone should be available within a few days after that. However, its availability in India is still uncertain as it takes time for smartphones to reach here after global launch. There is no clue what so ever about the price but it is expected that the HTC U 11 will be priced more or less similar to its predecessor, which means it could cost US$ 700 (Rs. 45,00 approx).

With all that being said, everything about the smartphone is either a speculation, leak or rumour and nothing can be said on confirmed basis yet. Even though these rumours are enough to set the eyes on HTC U 11 but we’ll still have to wait till the launch to see what HTC has actually in store was us.