After unveiling it in China, Huawei has officially launched the Honor 5C smartphone in India. The all-metal unibody smartphone is priced at Rs. 10,999 and will be available in Grey, Silver and Gold color variants. 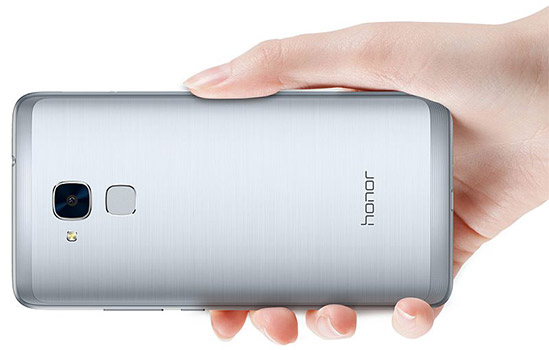 The Honor 5C sports a 13-megapixel rear camera with LED Flash, f/2.0 aperture, 5P lens and an 8-megapixel front-facing camera with f/2.0 aperture and 4P lens. It also has a fingerprint sensor at the rear panel and is backed by a 3000mAh battery. The dual Sim smartphone offers connectivity options like 4G LTE with VoLTE, WiFi 802.11 b/g/n, Bluetooth 4.1 LE, GPS.

The Huawei Honor 5C will be available exclusively from Honor store and Flipkart via flash sale starting from June 30th, while the registrations for the sale begins today.

“Honor has always taken a lead in technology innovation and puts quality first. In the era of price wars we focus on quality over price and thrive on packaging together technology that make a product which has an edge in the market. Honor 5c features the much faster Kirin 650 16nm processor which is the first of its kind in this segment and will offer supreme performance to its users. India is a very significant market for Honor and with these persistent series of innovation, we would like to reiterate our commitment to the Indian consumers and offer upgraded experience with every launch.”