Huawei India has expanded the reach and availability of their online-only Honor smartphone series by making their entry on Snapdeal from today. The smartphone series was only available for purchase on the e-commerce site Flipkart earlier. The company is also proposing an additional discount on the Honor series smartphones as an inaugural offer on Snapdeal. 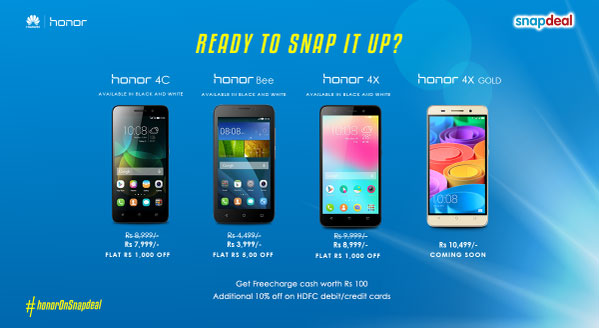 About a year ago, Huawei started selling Honor series in the country through Flipkart. In the duration the company has sold over 1 million Honor smartphones and now aims to sell about 15 to 20 lakh units of the smartphone series.

The company is selling their Honor 4X for Rs. 8,999, Honor Bee for Rs. 3,999, Honor 4C for Rs. 7,999, Honor 4X (Gold Color Variant) for Rs. 10,499 along with additional 10% off on HDFC Debit/Credit cards. The smartphones will be available on Flipkart as before, offering the customers to buy the Honor smartphones from both e-commerce platforms.

P Sanjeev, Huawei India Consumer Business Group VP (Sales) told Press Trust of India (PTI) that “Our e-brand, Honor, has received an overwhelming response from Indian customers and we are now expanding our reach with Snapdeal.com. We are confident that this partnership will help us reach out to a larger group of Honor smartphone fans”.

Huawei India, along with it, has also confirmed that Honor smartphones will get the Android 6.0 Marshmallow updates with other devices in the upcoming year in the month of February. The company has made the announcement through their Twitter account that the Honor 4C, Honor 6 Plus, Honor 7, Honor 6 and Honor 4x are the contenders to get the update. 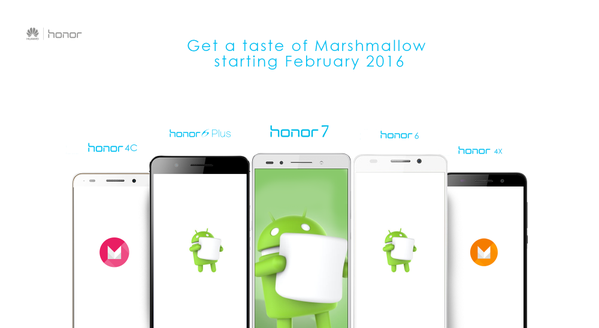 The new update is likely to get Huawei Honor users to be excited, if you are a Honor smartphone user do share your feelings in the comment box below.