Today, the Huawei made Nexus 6 has been spotted on GFXBench too, after making an appearance on Geekbench yesterday. The Huawei Nexus 6 (codenamed Angler) reveals much more specs on GFXBench than Geekbench where it revealed only about its chipset and RAM. 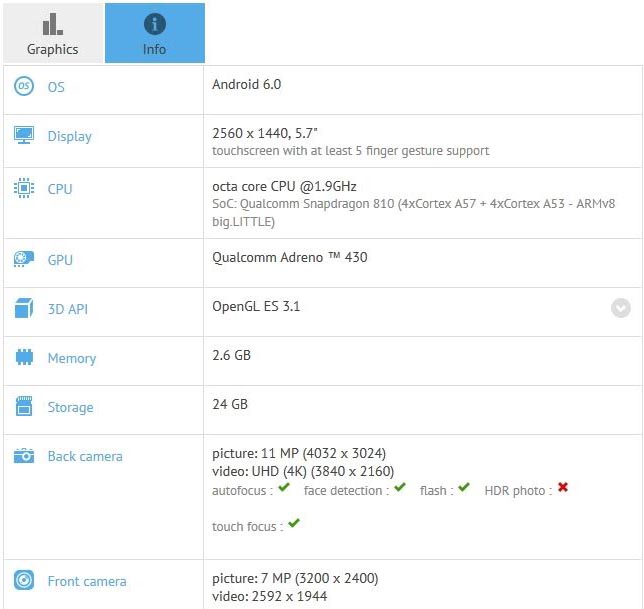 On camera Front, it may sport a 13-megapixel rear camera with LED flash and it will be capable of recording 4K resolution videos, while on the front panel it will be an 8-megapixel selfie camera. It will have 32 GB of built-in memory whereas the battery capacity of flagship phone is still a mystery. Some of the other features revealed through GFXBench listing include gyroscope, GPS, NFC, pedometer, barometer, etc.

The Huawei Nexus 6 is rumored to get launched on September 29 along with the LG made Nexus 5.