The Chinese manufacturer Huawei has launched two new smartphones Huawei Mate S and Huawei G8 at IFA 2015 in Berlin. Both the smartphones have all-metal body design with finger print sensor at the rear panel.

Huawei Mate s is the flagship device that flaunts a 5.5 inch Full HD (1920×1280 pixels) Super AMOLED “Force Touch” display with pixel density at 401 ppi and features 2.5D curved Gorilla Glass 4 protection. Force Touch display, a technology which is already used in the Apple Watch and is expected to come with the new iPhones on September 9, is a technology that uses the intensity (force) of your touch. It can distinguish between soft press and hard press, so you can press on the same spot to access two different functions. The Huawei Mate S is one of the first phones to come with a Force touch Display. 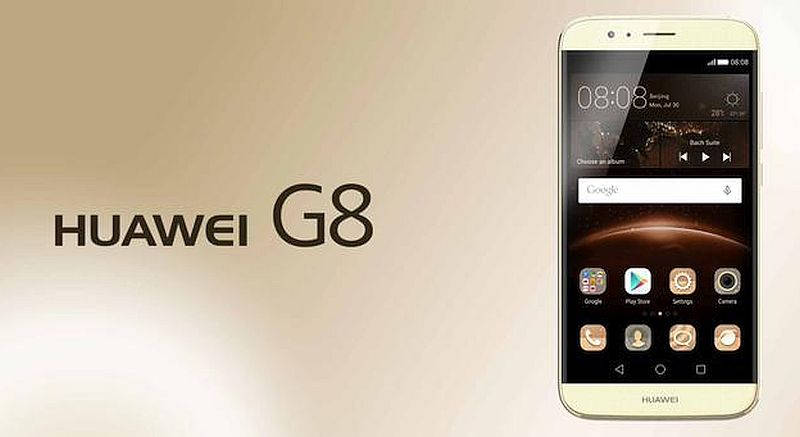 The new Huawei G8 sports a 5.5 inch Full HD screen with Gorilla Glass 4 protection. It is powered by an octa-core Qualcomm Snapdragon 615 processor coupled with 3GB of RAM and 32GB inbuilt storage, expandable via microSD card (up to 64GB). It runs on Android 5.1 Lollipop based EmotionUI 3.1 on top.

It has the same 13 MP rear camera and 5MP selfie camera as it has on Mate S.  It is packed with a 3000mAh battery.

The Huawei G8 smartphone will be available in Dark Silver, Gold, and White color variant and is priced at EUR 399 (approx. Rs 30,000).