At a launch event organised in London, Chinese mobile manufacturer Huawei’s sub-brand Honor has unveiled its latest offerings to the smartphone market. It has launched two new smartphones, Honor 7X which is a budget smartphone and the Honor View 10 which is kind of a premium smartphone loaded with AI capabilities. The Honor 7X is priced at Rs. 12,999 for the 32 GB variant and Rs. 15,999 for 64 GB variant. It will go on sale from 7th December in India exclusively on Amazon.in. On the other hand, the Honor View 10 will be available from January 8th, next year and is priced at EUR 499 (approx. Rs. 38,000).

Talking about the specs of the Honor 7X, the first noticeable feature is the narrow-bezel front panel which features an 18:9 aspect ratio display, placed in a matte finish metal chassis. The 5.93-inch display offers a FullHD+ (2160×1080) resolution. Unlike the previous phones from the company, the Honor 7X does not possess any physical keys on the front panel and solely relies on virtual keys for navigation. It features a fingerprint scanner which is conveniently placed at the back of the phone. 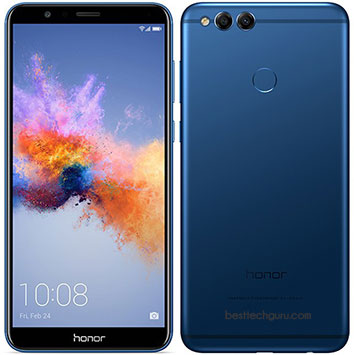 The Honor 7X runs on a powerful HiSilicon Kirin 659 chipset ingenuously created by Huawei, which is paired with 4GB RAM. The phone is powered by a 3,340 mAh battery, which the company claims can function non-stop for up to 12 hrs of video and 91 hrs of music playback however, it doesn’t support fast charging. As mentioned earlier, it comes in two variants of 32 GB and 64 GB of on board memory, which can be further expanded up to a capacity of 256 GB.

The Honor 7X features a dual camera setup at the rear, which comprises of a 16 MP primary camera and a 2 MP camera for capturing additional depth and details. As for the front ,the phone features an 8 MP front camera, which is accompanied with Huawei’s camera app which provides lots of modes and filters. As of now, the phone runs on Android v7.0 Nougat based EMUI 5.1, however there is no clarity if and when it will get Android Oreo. It comes with a dual sim hybrid slot.

It also features AI based translator and expands its AI capabilities to the camera as well and provides intelligent scene recognition, object recognition, motion detection, portrait mode and facial beautification as well. 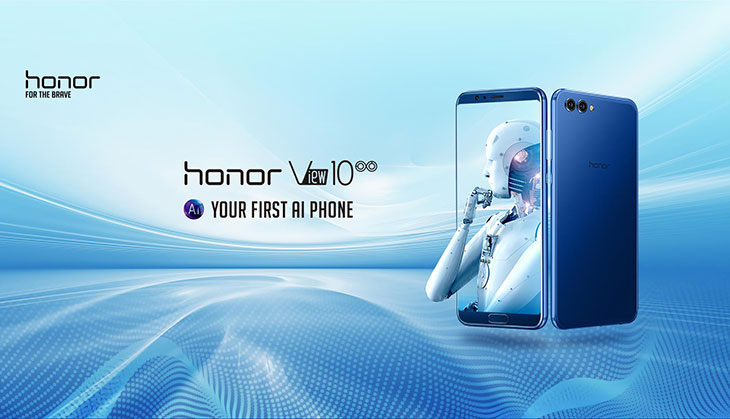 The Honor View 10 runs on HiSilicon Kirin 970 SoC clocked at 2.36 GHz and paired with 6 GB of RAM. It has a dual camera setup at the rear, which features a 16 MP RGB sensor with f/1.8 aperture, PDAF and a 20 MP monochrome sensor along with a dual LED flash. The front features a 13 MP camera with f/2.0 aperture for selfies. It comes with 128 GB  internal storage, which is expandable up to 256 GB. The phone comes with a 3750 mAh battery for its powering.The fingerprint scanner is embedded in the narrow bottom bezel beneath the glass.