American smartphone manufacturer InFocus has launched its new phone InFocus Vision 3 in India. The InFocus Vision 3, which has a starting price of ₹ 6,999 features a bezel-less design with an 18:9 aspect ratio, which will make it one of cheapest bezel-less smartphone currently available in India. It will be available exclusively on Amazon.in from 12 am on 20th of December.

Talking about the specifications of the phone, apart from the intricate designing, the phone features a 5.7-inch HD+ (720 x 1440 pixels) IPS LCD display with 2.5D Curved glass. The phone is powered by a 1.3 GHz quad-core MediaTek MTK6737H processor coupled with 2 GB of RAM. It comes with 16 GB of internal storage, which can be further extended up to 128 GB via microSD card. 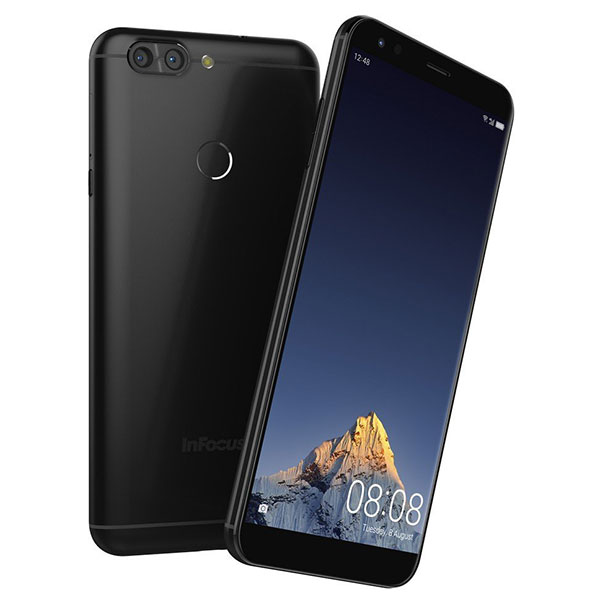 The InFocus Vision 3 features a dual camera set-up with a 13 MP sensor accompanied by a 5 MP, 120-degree wide-angle sensor on the rear and an 8 MP camera in the front. The camera in the front, as claimed by the makers has a Dualfie feature, which allows the user to take photos from the front and the rear cameras at the same time.  The InFocus Vision 3 runs on Android 7.0 Nougat with Smile UX user interface. It will get Android 8.0 Oreo update in mid-2018.

The InFocus Vision 3 has dual Nano SIM (GSM and GSM) slots. It comes with Wi-Fi, GPS, Bluetooth, USB OTG, FM, along with network connectivity through 3G and 4G. The smartphone is also equipped with a fingerprint scanner for security, which is placed on the rear side.