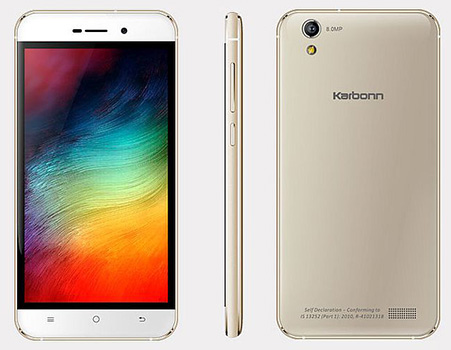 The Quattro L52 houses an 8-megapixel rear camera with Sony sensor, and 5-megapixel front camera. It is packed with a 2250 mAh battery which is rated to deliver up to 6 hours of talk time and a standby time of up to 300 hours. The dual-SIM smartphone supports 4G and measures 145 x 72 x 9.9mm, while weighs 143 grams. It will be available in Champagne and White colors. 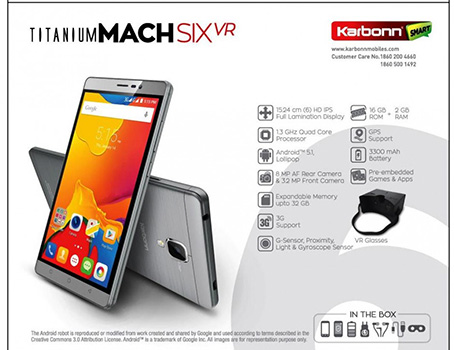 It is backed by a large 3300mAh battery and sports an 8-megapixel autofocus rear camera and a 3.2-megapixel front camera. It supports dual-SIM and comes with 3G connectivity support.

“Virtual reality is the next big growth area in consumer technology. Karbonn’s VR glasses available with Karbonn Quattro L52 and Mach Six are an effort to address this challenge by bringing VR technology to consumers across economic spectrum at disruptive price-points in the under 10K bracket. We are optimistic about the consumer response and are confident that Karbonn’s range of VR Smartphones will be a key cog in bringing the benefits of VR technology to the masses.”