Lava has decided to launch its low-end smartphone featuring a lighter version of the Android OS. The highlighting feature of the smartphone is the newly introduced lighter version of Android 8.1 Oreo called as Android Go, which has been specifically designed for phones with low-end hardware. Android Go was announced last year by Google and has been specifically designed to support low-budget smartphones. If you are wondering as to what’s so special about Android Go, then you should know that Android Go basically enables the user to run a suite of Google applications that use lesser data and is optimised to take less space on phones.

Coming to the specifications of the smartphone, the first thing to be noticed about the Lava Z50 is its 4.5-inch FWVGA (480×854 pixels) display with 2.5D Corning Gorilla Glass protection. The phone will be powered by 1.1 GHz quad-core MediaTek MT6737M SoC, coupled with 1 GB of RAM. For optics, the phone relies upon a 5 MP camera on the rear and as well as on the front side of the Lava Z50. For storage, the phone has been provided with an 8 GB internal memory, which is further expandable via microSD but up to what capacity, it’s still unknown. The Lava Z50 will come in two colour variants of Black and Gold. 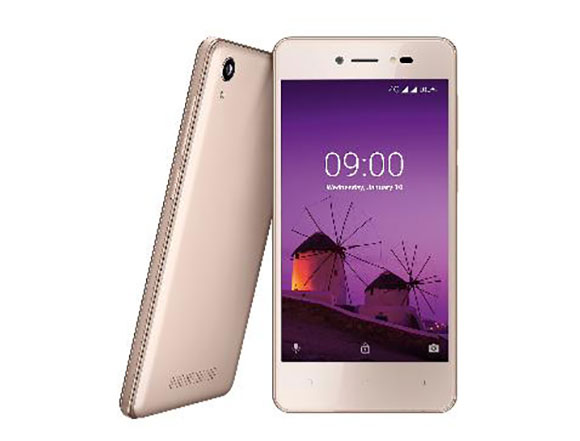 The smartphone which is expected to go on sale from mid-March will be accompanied by offers such as, Rs. 2,000 cashback from Airtel as part of their “Mera Pehla Smartphone” initiative and it also comes with a 2-year warranty. When the smartphone is out for sale it will be available at about 1 lakh retail stores all over the country. The price of the smartphone has not yet been revealed by the company, so for the same, you might have to wait till the smartphone hits the stores.