The Chinese manufacturer, LeEco (formerly known as LeTV) seems to getting ready for the LeEco Le 2, successor of the LeEco Le 1s. The smartphone has been spotted on GFXBench, a benchmarking site ahead of its launch scheduled for April 20 in Beijing. 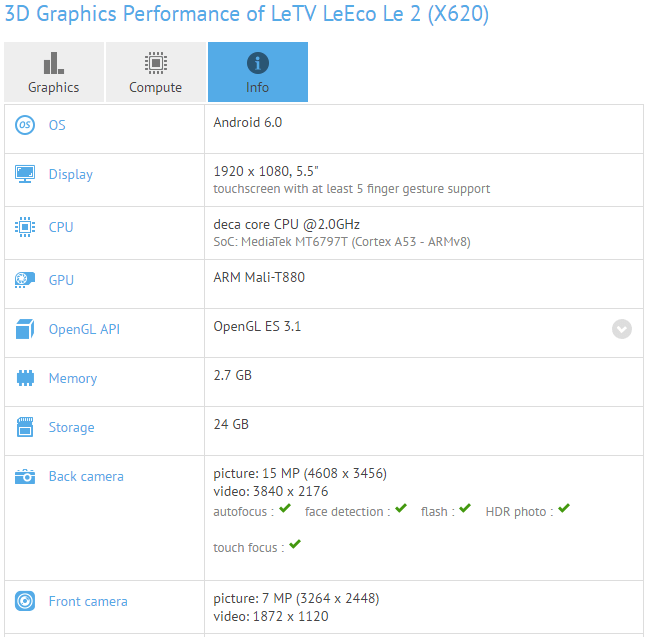 According to the listing, the Le 2 will feature a 5.5-inch Full HD (1920 X 1080 pixels) display, and will be powered by MediaTek’s MT6797T (Helio X25) deca-core chipset, paired with Mali T880 GPU and 3 GB RAM. It is said to bear 32 GB internal storage, 16-megapixel rear camera, and 8-megapixel selfie camera. The rumors also suggest that it will run on Android 6.0 Marshmallow. 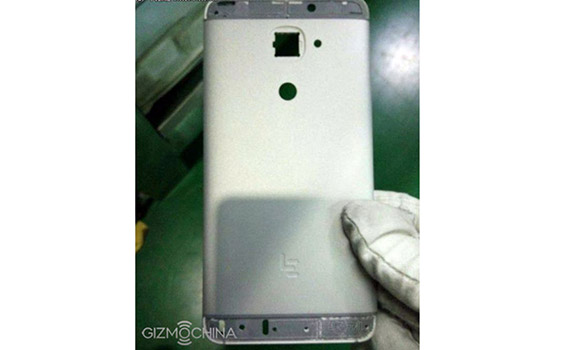 There is nothing else known about the phone, but some leaked photos suggest the metal frame, new LeEco logo at the back, fingerprint scanner, and the USB Type-C port.