Leaks of an upcoming smartphone from LeEco made its way recently. A smartphone dubbed ‘LeMobile XiubaleR’ was recently spotted on Geekbench. Some reports say that it is the previously leaked Le X850 smartphone while others suggest that it is all together a new smartphone. Considering the leaked image, the smartphone is supposed to be running on Android 7.1.2 Nougat. 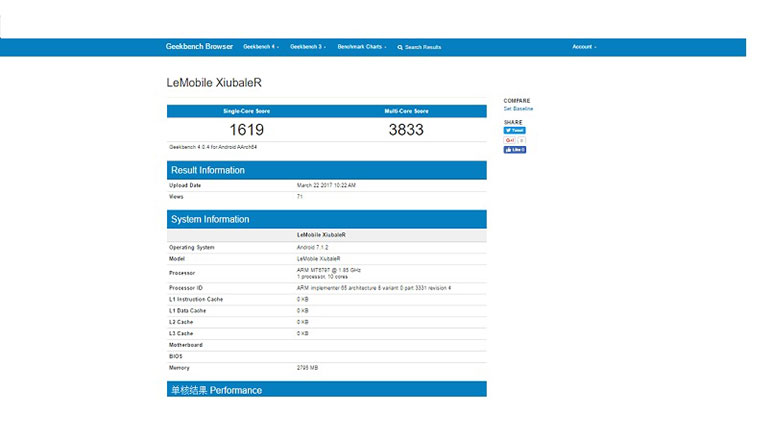 It includes a 1.5GHz MediaTek Helio X20 MT6797 deca-core processor along with 3 GB RAM. According to Geekbench spotting, the smartphone scores 1,619 in the single-core performance test and 3,833 in Multi-core performance. The phone is claimed to be running on Android 7.1.2 Nougat which means it not going to come out any sooner as the Android 7.1.2 version is still in beta testing.

Also, this phone was being confused with Le X850, the possibility of which has also been ruled out as the Le X850 was said to be powered by a Qualcom Snapdragon 821 processor. Official conformation however is yet to be made by the company regarding any of the two phones.

Earlier this month, LeEco has launched its new range of smart TV’s which look impressive in initials sights. According to LeEco, it is focused to sale Mobile Phones and Televisions in India and it will be keen to gain a firm market for smartphones in the country. 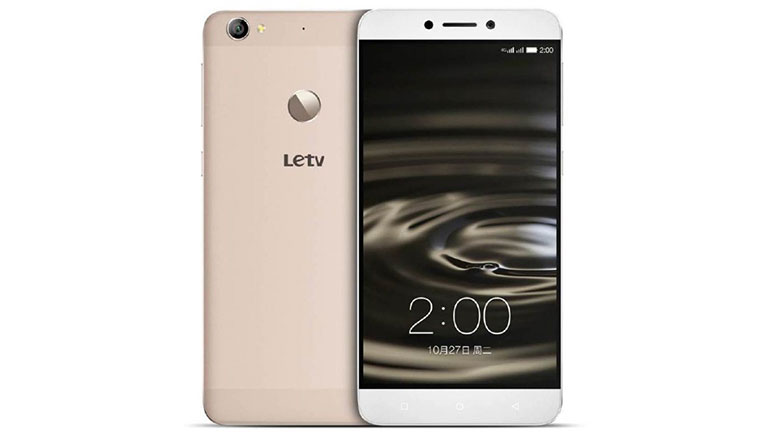