The battle ground for budget smartphones in India is now heated up with the launch of Xiaomi Redmi 2. Now the 3 compact contenders under the budget segment are Lenovo A6000, Moto E (2nd Gen) and Xiaomi Redmi 2. The fascinating thing regarding these smartphones is that, they all are equally priced at Rs.6,999, which makes the competition even more of the toughest.

The above spec sheet reveals only the external face of the smartphones. However the real user experience of OS is always different and it varies from company to company. Thus, while buying any smartphone one should keep these things in mind and choose appropriately. To help you choose the best let’s go into the vault of these smartphones one by one. 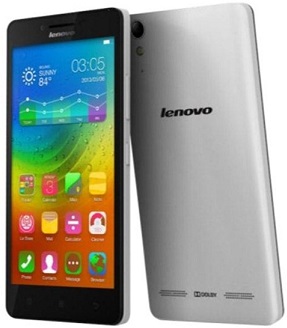 Lenovo has set a new benchmark for smartphones in the budget segment by introducing a 4G smartphone at a price of just Rs.6,999, with many exciting features as well. Launched in early 2015, Lenovo A6000 has been doing quite well.

The Lenovo A6000 comes with a large 5-inch HD display and is powered by a 64-bit Snapdragon 410 quad-core processor clocked at 1.2 GHz. The processor is good which gives you a good performance. It is paired with 1 GB of RAM. It is a dual-SIM smartphone, which supports 4G LTE and weighs 128 grams.

It has an internal storage of 8 GB which is expandable up to 32 GB. It also has a good 8 MP rear camera with LED flash and a 2 MP front-facing camera for selfie lovers. The Lenovo A6000 comes with stereo speakers, which works on Dolby Digital Plus technology. It runs Android 4.4 KitKat, which sports the Vibe UI 2.0 skin. All these things are backed up by a 2,300 mAh battery.

Overall, Lenovo A6000 is a good phone at a good price with some really good specifications. 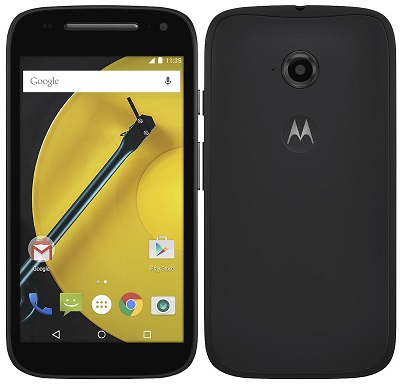 Motorola has entered the budget segment with it’s all new “Moto E (2nd Gen)” priced at Rs.6,999 only. Motorola has introduced two variants of the new Moto E – 4G LTE and 3G variant. The 3G variant is on a little low in terms of specifications when compared with the 4G variant. The pricing of the 4G variant is expected to be under Rs.10,000 and release around May 2015.

Moto E (2nd Gen) sports a 4.5-inch display with a resolution of 540 x 960 pixels with Corning Gorilla Glass 3 protection. It is powered by a 1.2 GHz quad-core Qualcomm Snapdragon 200 processor which is coupled with 1 GB RAM. It has 8 GB of internal storage which can be expanded up to 32 GB via Micro SD Card. It is powered by a good 2,390 mAh battery.

It features a good 5 MP rear camera with auto focus and a 0.3 MP front shooter for selfie. The main highlighting feature is Android 5.0 Lollipop OS which will give you an amazing user experience. Moto E (2nd Gen) 4G LTE version sports the same specifications except its chipset. It is powered by 1.2 GHz quad-core Qualcomm Snapdragon 410 processor.

Moto E (2nd Gen) does not sports the best specifications but still it is a prominent smartphone.

Xiaomi has hit the Indian smartphones market yet again with another beautiful device – “Xiaomi Redmi 2” which is the successor of well-known Redmi 1s. Xiaomi has also carved their position perfectly in the budget segment and has warmed up the competition. Xiaomi Redmi 2 has got all, from specifications to design and price.

Xiaomi Redmi 2 features a 4.7 inch IPS LCD capacitive touch screen HD display. The Redmi 2 is powered by the 64-bit 1.2 GHz quad-core Snapdragon 410 processor, which is an upgrade from Redmi 1s. It runs on MIUI 6.0 skin based on Android OS, v4.4.4 (KitKat), it gives you a completely different android experience. It has 1 GB RAM, which might be little less for heavy users.

The Redmi 2 comes with 8 GB of internal storage which can be expanded via Micro SD card up to 32 GB. The Redmi 2 also supports USB On The Go (UOTG) which will allow users to connect other USB peripherals like keyboard, game-pad, etc, which sounds quite interesting. It boasts of a good 8 MP rear camera and a 2 MP Selfie camera, which are capable of clicking sharp and high-quality images. It has a 2200 mAh battery.

The Redmi 2 will be available exclusively via Flipkart in India. The registrations for the smartphone has already started while the first flash sale will be held on 24th March 2015.

No doubt, it is a stiff competition to the big names like Motorola and Lenovo. It will be interesting to see how Redmi 2 makes its way.

The battle is going to be really tough among these 3 budget smartphones. Choosing one among these will be a difficult decision, provided every phone has some unique feature in it. But we need to pick out the best, for which we are comparing these 3 in details :

Starting from Lenovo A6000, a 4G smartphone at a very low price with all required and important specifications. Lenovo A6000 stands out with its large screen size, good performance, good battery life and good user experience with improved Vibe UI skin. Overall, a great choice for those who seek specifications.

Talking about Xiaomi Redmi 2, it is a great device from Xiaomi, which is going to grab many customers. Redmi 2 leads with connectivity, as it supports 4G on both SIM. Camera quality is better than Moto E (2nd Gen) and Lenovo A6000. The android experience is amazing with MIUI 6.0 skin, which offers many exciting features. Xiaomi has managed to build the trust in very short span of time and is progressing quite well. This phone will offer you all the required specifications at a good price.

Now it depends on requirements of users, which budget smartphone is going to be their choice. Think wisely, choose wisely and enjoy !