With 18:9 aspect ratio full view display becoming a norm in recent smartphones, long time smartphone manufacturer Lenovo has finally decided to incorporate the new aspect ratio into their phone for the first time. The first in line, in a range of products to come, is the Lenovo K320t, which is announced today in the company’s domestic market, where it costs around CNY 999 (₹ 9,975 approx.) In China, the phone has been kept off, of retail stores currently, but has been made available to consumers via online booking on jd.com a popular e-tailer in the country, from the 4th of January 2018. 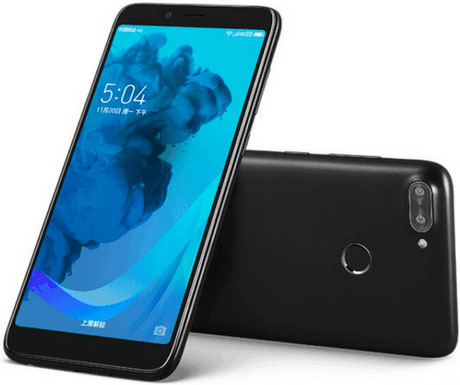 Now coming to the handset itself, to begin with, consumers should know, that even though the phone comes with a bezel-less display like some of the latest high-end mid-range phones, the Lenovo K320t comes with budget features. It features a 5.7-inch HD+ (720×1440 pixels) 18:9 aspect ratio display with 2.5D curved glass protection. The phone is powered by a 1.3 GHz Quad-Core Spreadtrum processor, coupled with 2GB RAM and 16 GB of internal memory, which is further expandable up to 128 GB via a microSD card. Apart from these, the phone features a dual camera setup at the rear with 8 MP autofocus primary sensor and a 2 MP fixed-focus secondary sensor. On the front end, the smartphone features an 8 MP camera with f/2.2 aperture lens.

The Lenovo K320t, which measures about 155.2×73.5×8.5mm and weighs 153.8 grams, features a plastic body and packs within itself a 3,000 mAh non-removable battery that comes with 5V/2A fast charging support. Talking about the sensors that are included in the smartphone, it features a rear-mounted fingerprint scanner, along with which it also has ambient light, gravity and proximity sensor. And for connectivity requirements, it can make use of 4G, VoLTE, Bluetooth, WiFi, GPS/A-GPS, 3.5 mm audio jack and Micro USB. The Lenovo K320t features dual-SIM slots and runs on Android 7.1 Nougat out of the box.

The Lenovo K320t comes only in a black color variant. As far as the Indian market is concerned, no official announcements have been made regarding the expected launch dates.