After launching the Lenovo K6 Power smartphone, Lenovo is all set to launch the K6 Note in India on 14th December, as announced by the company on its official Twitter handle. The Lenovo K6 Note was first unveiled at IFA 2016 in September.

The Lenovo K6 Note sports a 16MP rear camera with dual-tone LED Flash and an 8MP front-facing camera. It comes with 32GB internal storage that is expandable up to 128GB via a microSD card. It runs on Android 6.0 Marshmallow OS. 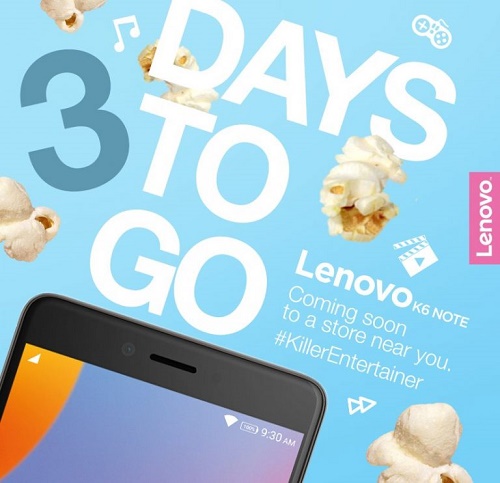 The dual-sim smartphone is backed by a big 4000mAh battery. The fingerprint sensor is mounted on the rear panel. It comes with Dolby Atmos dual stereo speakers on the back. Connectivity options include 4G VoLTE, WiFi 802.11 b/g/n, Bluetooth 4.2 and GPS.

The Lenovo K6 Note comes in Dark Gray, Gold and Silver colors. However, the pricing of the smartphone will be known at the launch event only. Stay tuned for more updates!