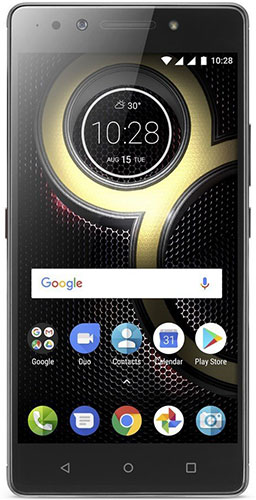 Overall, the Lenovo K8 Note is a really feature packed smartphone. Be it the excellent dual rear cameras, front camera, performance, multimedia capabilities, stock Android, big battery or all the other features, it ticks all the boxes right and offers everything one can expect from a budget smartphone. It truly delivers a wonderful experience and after the reduced prices, especially if you value multimedia more, it is one of the best phones under 10000 Rs.

Lenovo has skipped the K7 Note and has launched directly the K8 Note (after the K6 Note) as it believes it has added features to the new smartphone which are one generation ahead, compared to the competition. Let’s see how true it is and how well the Lenovo K8 Note puts itself against some of the most popular smartphones in the budget segment. Starting with the design, the K8 Note packs a metal unibody design made up of series 6000 aluminium and feels premium, it has also got a 2.5D curved Corning Gorilla Glass 3 on the front. Looks wise, it has similar design like most of the metal unibody smartphones out there but it still looks good.

It sports a 5.5 inches full HD display which has very good display quality. When it comes to performance, the K8 Note packs a some big numbers. It is powered by the new 2.3 GHz Deca-core Mediatek Helio X23 processor paired with 3/4 GB RAM and Mali-T880 MP4 GPU. When it comes to actual performance, we all know Qualcomm processors are much more efficient and reliable however, the Helio X23 is also powerful processor and manages to handle day to usage and multitasking smoothly. It also plays games well however, there can be some very minimal lags for the heaviest games but they are still very much playable, also the temperatures remain under control while gaming.

Another department where the K8 Note shines is the camera. It packs a dual rear camera setup on the back which includes one 13 MP and one 5 MP camera, both the cameras work simultaneously to click beautiful pictures, the 13 MP camera captures the subject while the 5 MP camera captures additional details and depth and produces bokeh effect. The picture quality is very good with accurate colors and high depth of field, it goes neck to neck with the Moto G5 Plus in terms of picture quality and even gets an upper hand at times. In low light conditions also, it manages to click good images but there can be some noise at times. On the front, there is a 13 MP camera which also comes with LED flash and clicks beautiful good quality selfies.

The phone runs on the latest Android 7.1.1 Marshmallow and the good thing here is, with the K8 Note, Lenovo has decided to get rid of its customised Vibe UI and will use Stock Android for all its smartphones starting with the K8 Note. This will ensure a better user experience and probably faster Android updates like its Motorola smartphones. The phone packs a fast fingerprint scanner on the back, it also comes with Dolby Atmos support for better audio experience and also supports Lenovo’s TheatreMax, which provides great VR and 360 degree video experience by allowing you to view your normal videos in VR mode.

It also comes with a dedicated music key which allows you to play, pause or change songs without even opening the lock or taking the phone out of pocket. A great thing is that, the music key is completely customisable and can be set to open any application like camera, clock, maps, etc. if you don’t want to use it for music. The phone also comes with water repellent nano coating for additional protection. It comes with dual sim and 4G, VoLTE support. It comes in two storage variants – 32 GB and 64 GB, both of which are expandable up to 128 GB and thankfully uses a dedicated slot for the microSD card and the two sim cards.