As expected, Lenovo has officially launched the Lenovo PHAB 2 Pro, the world’s first consumer Tango smartphone at its Tech World 2016 event in San Francisco. The company has also launched the PHAB 2 Plus and PHAB 2 smartphone at the same event.

All the three smartphones run on Android 6.0 Marshmallow and are packed with a 4050mAh battery with fast charging. They feature the Hybrid dual Sim, DOLBY Atmos sound system with 5.1 audio capture, and Triple Array microphones with active noise-cancellation. Connectivity options on these smartphone include 4G LTE, WiFi 802.11 802.11 a/b/g/n/ac (2.4 GHz and 5 GHz), Bluetooth 4.0, and GPS. So, now let’s look at their distinct features.

The Lenovo PHAB 2 Pro is probably the most exclusive smartphone in the market right now, as it is powered by “Tango technology,” which includes sensors and software from Google that helps the smartphone to sense physical motion, depth perception, and area learning. The company says it is meant to make “AR (Augmented Reality) and VR (Virtual Reality) as pervasive as your GPS.”

The PHAB 2 Pro comes with four cameras, first an 8-megapixel front camera, then a 16-megapixel rear RGB camera with PDAF, and a depth-sensing infrared camera with an imager and an emitter, as well as a motion tracking camera on the rear side. It flaunts a huge 6.4-inch Quad HD (2560 × 1440 pixels) 2.5D Curved Glass display and is powered by an octa-core Snapdragon 652 processor, paired with Adreno 510 GPU. It bears 4 GB RAM and 64 GB internal memory, which is further expandable up to 128GB with microSD. 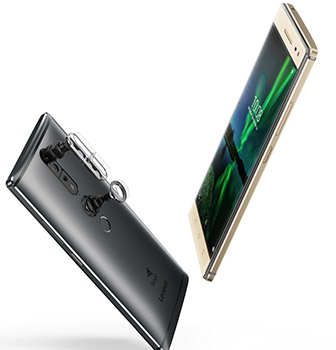 The Lenovo PHAB 2 Plus features a 6.4-inch Full HD (1080 x 1920 pixels) 2.5D Curved Glass display. Under the hood, it has 1.3 GHz octa-core MediaTek MT8783 processor, coupled with Mali-T720 GPU and 3 GB RAM. It offers 32 GB of internal storage, which is further expandable up to 128 GB via microSD and also includes a fingerprint sensor at the back. 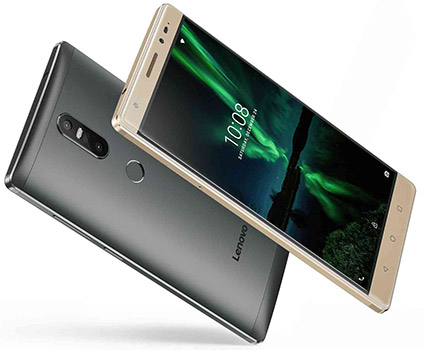 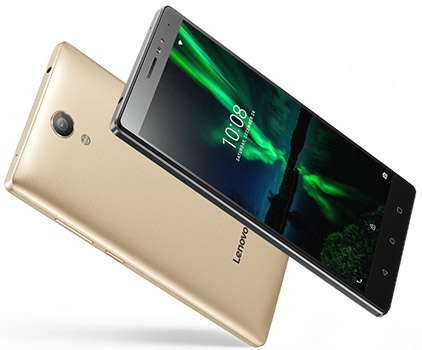