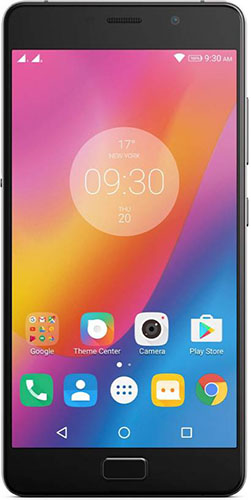 Overall, the Lenovo P2 is absolutely fantastic with its battery performance but, more importantly it is a well rounded phone and does a pretty good job in all the departments and that too without being bulkier, which makes it a very good choice not only for those who desperately need a great battery backup but for normal day to day users also. What’s bad in getting that additional juice without paying for its disadvantages! It is the phone with best battery life under 15000 Rs. in India.

After the Vibe P1 and Vibe P1 Turbo, Lenovo has launched the new Lenovo P2 in its ‘P series’ which is known for phones with big batteries. And this time the Lenovo P2 comes with an epic 5100 mAh battery, a great thing about the phone is that, usually phones with big batteries like this focus too much on the battery aspect and fail to deliver a balanced experience in the other departments but, this is not the case with the Lenovo P2. First and a very important thing you notice when you hold this phone is despite the huge battery, it doesn’t feel all that bulky and weighs at 177 grams and is just 8.3 mm thick, to give you a better idea, the very hit OnePlus 2 weighs 175 grams, has 9.9 mm thickness and has 3300 mAh battery so, Lenovo has done a commendable work here by keeping the weight low, few extra grams can really mess with the user experience.

The battery also supports fast charging and charges the phone from 0 – 100% in around 2 hours, which is very fast. Lenovo also supplies a USB OTG adapter with the phone, using which the Lenovo P2 can be used as a powerbank to charge other phones. The phone also comes with a dedicated physical toggle on the right side for the data saving mode, it almost kills everything in the phone and only keeps on basic functions and saves a lot of battery. The Lenovo P2 comes in a metal unibody design which is well-built and sturdy, although it doesn’t have a very beautiful or outstanding design and it looks simple. It packs a very good 5.5 inches Full HD Super AMOLED display protected with Corning Gorilla Glass 3.

It runs on the 2.0 GHz Octa Core Qualcomm Snapdragon 625 Processor coupled with 3/4 GB RAM and handles everything smoothly, it also handles games well without much heating. It is also battery efficient but, at this price, Lenovo itself is offering the Snapdragon 820 in its Z2 Plus so a better processor would have made things much better. The Lenovo P2 packs a 13 MP rear camera and a 5 MP front camera and both the cameras are decent, they are not the best and turn out grainy sometimes but are acceptable. The phone runs on Android v6.0.1 Marshmallow and will be getting the Nougat update soon, Lenovo’s Pure UI runs on top. The Pure UI is kind of a trimmed down version of the Vibe UI, it packs the excellent features like Dual apps but tries to stick closer to stock Android. It is customisable, stable and well optimised.

The fingerprint scanner is situated on the physical button below the screen, it is fast and accurate, this button also recognises a press, a tap and a press and hold and can be used for home, back and recent apps operations, you can also turn on and off the on screen buttons. It comes with Dual sim, 4G and VoLTE support, includes 32 GB of internal storage which is expandable upto 128 GB via microSD card but uses the hybrid slot. It also includes NFC for added connectivity.