Lenovo has silently started the sales of their Phab Plus in India through a third-party online retailer. Lenovo Phab Plus was unveiled by the company at the #IFA2015 event in Berlin last month. There is no official statement or announcement from the company about the phone’s launch in India neither it is listed on the company’s Indian website. The device can be purchased via Amazon.in for Rs. 18,490.

The Phab Plus’s USP is its 6.8 inch FullHD screen with a 1080×1920 pixels resolution offering a pixel density of 326ppi to the users. The phablet sports a 64-bit Octa-core 1.5 GHz Qualcomm MSM8939 processor supported with a 2 GB RAM and an Adreno 450 GPU. The phone runs on Android 5.0 Lollipop with the latest version of Vibe UI at the top. 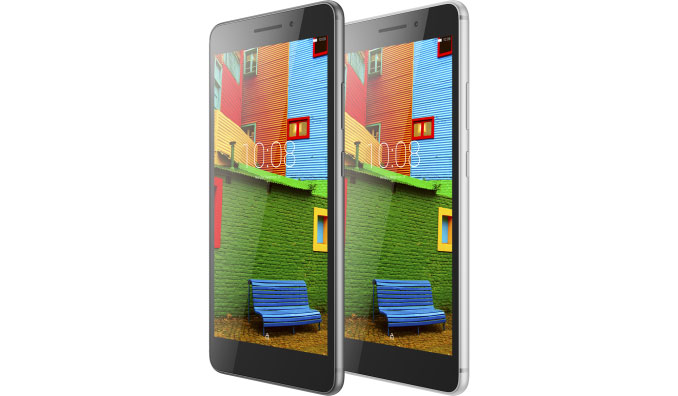 The smartphone contains a massive 32GB inbuilt storage that can be increased up-to 64GB with the help of a micro-SD card. For shutterbugs Lenovo Phab Plus comes with a 13 megapixel rear camera with dual-LED flash and for selfies there is a 5MP front camera. The connectivity features of the handset include 4G, 3G, GPS/ A-GPS, Wi-Fi, Bluetooth and Micro-USB.

The handset also packs a 3500mAh battery that can provide a user 24 hours of talk time and up to 350 hours of standby time as stated by Lenovo, the weight of the total package is 220 grams. Phab Plus is a dual-sim phablet that contains one Nano-Sim and other Micro-Sim to enjoy the added calling features.

The device is equipped with a 7 layer heat conducting structure, keeping the temperature of the processor to be lower while using it. The Gunmetal Platinum version of Lenovo Phab Plus is currently listed on Amazon however, there is another Midnight Blue version of the device, but no information regarding it as of now.