As expected, Lenovo has officially launched its most awaited smartphone, known as Lenovo Vibe K5 Note in India, today. The full metal unibody smartphone will be available exclusively on Flipkart from 3rd August and the prices start at Rs. 11,999 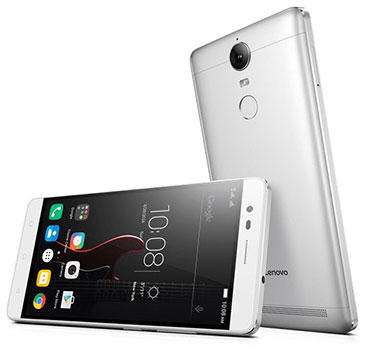 On the photography front, the Vibe K5 Note boasts a 13-megapixel rear camera with LED flash and PDAF. It also houses an 8-megapixel front-facing camera for selfie lovers. The smartphone also sports a fingerprint sensor at the rear panel and is backed by a 3500mAh battery. It also comes with the Secure Zone feature that allows you to secure all your information and lets users install 2 instances of apps like Whatsapp in one device. Connectivity options on the smartphone include 4G LTE, Wi-Fi 802.11 b/g/n, Bluetooth 4.1, and GPS. 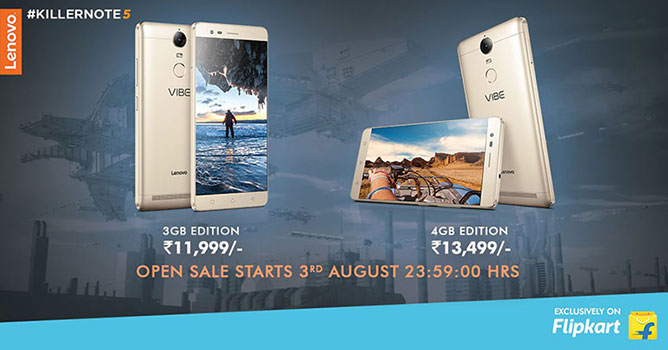 The Lenovo Vibe K5 Note is priced at Rs. 11,999 for the 3GB RAM version, while the 4GB RAM variant will cost Rs. 13,499. The smartphone is available with VR Bundle for extra Rs. 999, that includes ANT VR headset and Theatremax controller. It also comes with gaming bundle at Rs. 1,999 which includes Amkette Evo Gamepad Pro 2 and VR headset.

Lenovo has also launched the upgraded version of Vibe K5 Plus with 3GB RAM and cleaner UI at Rs. 8,499.