Lenovo has launched its new smartphone, Lenovo Vibe S1 at an event in New Delhi, India. The Vibe S1 is priced at Rs. 15,999 and will be exclusively available on Amazon. The smartphone was first unveiled at IFA 2015 Berlin, that was held in September.

The Lenovo Vibe S1 boasts a 5 inch Full HD (1920 X 1080 pixels) IPS LCD display with pixel density at 441 ppi and Corning Gorilla Glass 3 protection. Under the hood, it has 64-bit MediaTek MT6752 octa-core processor clocked at 1.7 GHz, clubbed with 3 GB of RAM. It has 32 GB of inbuilt memory, expandable up to 128 GB via microSD card. The smartphone runs on Android 5.0 Lollipop. 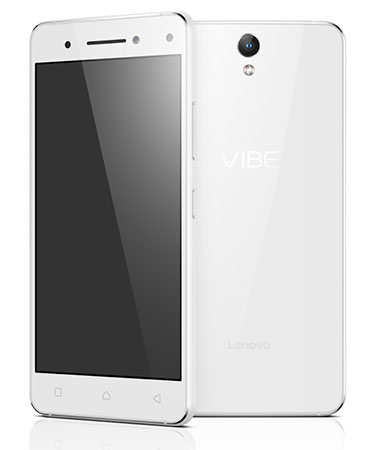 The USP of the Vibe S1 is its dual camera setup at the front panel. The smartphone has 8 megapixel and 2 megapixel of two cameras on the front side. The device also houses a 13 megapixel of rear camera. It is backed by 2500 mAh battery.

The Lenovo Vibe S1 supports 4G LTE connectivity, along with other connectivity options like 3G,Wi-Fi 802.11 a/b/g/n, Bluetooth, GPS and microUSB. It measures 143.3 x 70.8 x 7.8 mm and weighs 132 grams. The smartphone will be offered in Pearl White and Midnight Blue colour variants.