The only thing which is exciting about these two new smartphones is the design. Both LG K7 and K10 have a Glossy Pebble Design with curved finish and 2.5D arc glass. They also feature a textured back panel, for a better grip. Both the smartphones run on Android 5.1 Lollipop with UX UI on top and include some camera features like Gesture Shot, Tap and Shot, and Gesture Interval shot. The LG K7 and K10 also support VoLTE, ViLTE (Video over LTE) and VoWiFi (Voice over WiFi), and other connectivity options like 4G LTE, WiFi 802.11a/b/g/n (2.4 & 5 GHz), Bluetooth 4.1, GPS. 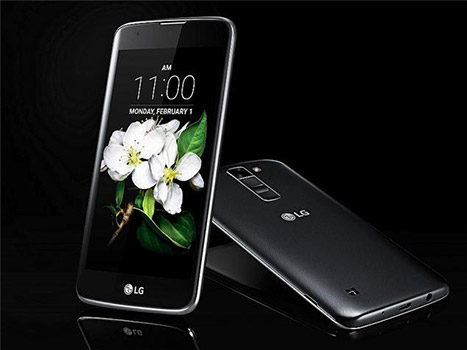 The LG K10 (seen in featured image) flaunts 5.3-inch HD (720×1280 pixels) In-cell touch display. It is powered by a quad-core Snapdragon 410 SoC clocked at 1.2 GHz coupled with  Adreno 306 GPU and 2 GB of RAM. It sports a 13-megapixel rear camera with LED flash and 5-megapixel front-facing camera. It houses 16 GB of inbuilt storage, expandable via microSD card and packs a 2300mAh battery. The smartphone measures 146.6 x 74.8 x 8.8mm and will be available in White, Indigo, and Gold color variants. It also comes with free smart cover.

There is no word about the availability of both these smartphones yet.