LG India is all set to launch a new smartphone, dubbed as LG Stylus 2 Plus in India for Rs. 25,990. According to the Mumbai-based retailer, Mahesh Telecom, the successor to Stylus 2 is now available via offline retailers and soon would be available through online retailers.

As for the specifications, the LG Stylus 2 Plus features a 5.7-inch Full HD (1920× 1080 pixels) IPS in-cell touch display. It is powered by 1.4 GHz octa-core Snapdragon 430 processor, coupled with Adreno 505 GPU and 3GB RAM. It comes with 32 GB of internal storage, expandable via microSD card. The smartphone runs on Android 6.0 Marshmallow. 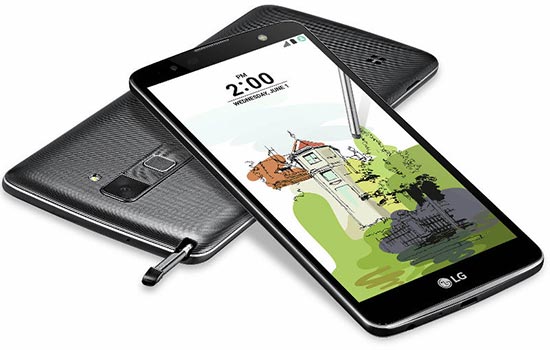 The Stylus 2 Plus sports a 16-megapixel rear camera with LED flash and 8-megapixel selfie sensor on the front. It is packed with a 3000 mAh battery. Connectivity options on the phone include 4G LTE, WiFi 802.11 b/g/n, Bluetooth 4.1, GPS. It measures 155 x 79.6 x 7.4 mm and weighs 146 g. It also has Pen Pop feature, which will bring up a menu with shortcuts to Pop Memo and Pop Scanner when the stylus is removed.

A few months back, the company launched the Stylus 2 on its official website for Rs. 20,500.