The LG X5 (as seen above) and X Skin (as seen below), both are powered by 1.3GHz quad-core processor and runs on Android 6.0 Marshmallow out-of-the-box. The both offer 16GB inbuilt storage, expandable via microSD card up to 32GB and sport a 5-megapixel front-facing camera. Connectivity options on these smartphone include 4G LTE, GPRS/ EDGE, 3G, Wi-Fi 802.11 b/g/n, Bluetooth, GPS/ A-GPS, NFC, and Micro-USB. 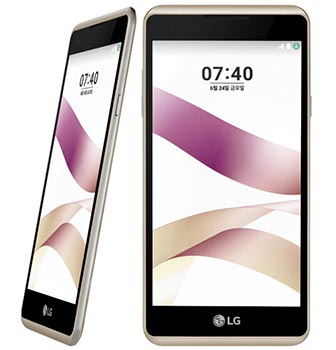 The LG X5 comes in White and Indigo Black color variants, while the LG X Skin comes in Gold and Titanium color variants. However, there is no word on their global availability yet.