Micromax, today has launched the 2017 edition of its ‘Canvas 2’ smartphone. The Micromax Canvas 2 (2017) comes with a few advancements over its previous version, amongst which the highlight is the inclusion of Corning Gorilla Glass 5 which makes the device unbreakable as per the company. The smartphone is priced at Rs. 11,999 and will be available offline via various retail stores across the country. 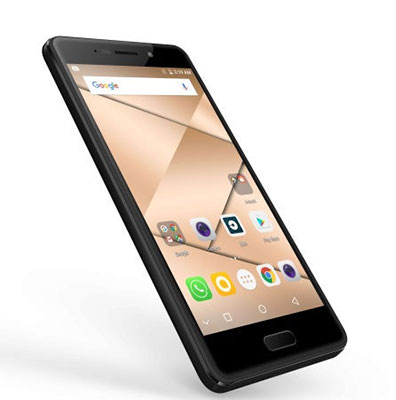 For imaging, the smartphone has got a 13 MP rear camera with LED flash and a 5 MP front camera for selfies and video calls. The connectivity options of the device include 4G VoLTE, WiFi 802.11 b/g/n, Bluetooth 4.0, GPS, 3.5 mm jack and FM radio. The Canvas 2 (2017) packs a 3,050 mAh battery which is claimed to deliver up to 11 hours of talk time. The smartphone comes with a fingerprint sensor on the front along with regular on board sensors such as accelerometer, ambient light sensor, proximity sensor, gyroscope, etc.

“Canvas 2 was the first smartphone that we launched in our Canvas range of smartphones back in 2012, which reinvented the way consumers looked at their smartphone as it led to the democratization of technology in India. Over the last few months, as the Indian handset and telecom industry has undergone dynamic shift, the focus of consumers is shifting from just the hardware, to overall connected experience. Therefore, to address the consumer needs, we are happy to partner with Airtel to offer a full year of unlimited calls and 4G data with the new Canvas 2, which will help drive large scale adoption throughout the country. Our partnership with Corning has also helped us make Canvas 2, the first smartphone to offer Corning Gorilla Glass 5 in its price segment. We expect Canvas 2 to yet again set a bench mark and revolutionize the overall smartphone adoption.”

The smartphone also comes with exciting launch offers under which the buyers will be benefited with 1 GB 4G data per day and free unlimited calling on any network for 1 year by Airtel. Apart from this, the smartphone comes with free replacement guarantee for the screen (up to one screen) valid for 1 year from purchase.