Micromax has launched its latest feature packed smartphone, ‘Dual 5’ in India. The smartphone, as the name suggests comes with a Dual rear camera setup and is stuffed with lots of  exciting features. The phone is priced at Rs. 24,999 and will be available for sale from 10th April on Flipkart and Micromax online store as well as in offline retail stores.

Let’s get into the details of the phone.

As far as the design is concerned, this is the best looking smartphone from Micromax up till now, claims the company. It has an Arc design which company says is ‘seamlessly Ergonomic’ with ultra thin bezels. The phone is made of single slab of aircraft grade aluminium which makes it sleek and sturdy. One of the interesting addition to the design is the 3D antenna technology which gives users up to 30 % more GSM signal efficiency and Wi-Fi strength.

The key specifications of the Micromax Dual 5 include a 5.5 inch Full-HD (1920 x 1080 pixels) AMOLED display with 100 % NTSC color Gamut and 2.5D curved glass with Corning Gorilla 3 protection. Under the hood is the powerful Qualcomm Snapdragon 652 MSM8976 Octa-core processor clocked at 1.8 GHz along with Adreno 510 GPU. The smartphone has 4 GB RAM along with 128 GB internal storage which can be further expanded up to 128 GB via microSD card. It runs on Android 6.0 Marshmallow.

For connectivity there is Dual sim-support, 4G VoLTE, Wi-Fi, Bluetooth, GPS. The smartphone is provided with an IR Blaster to allow remote control access along with all the on-board sensors such as proximity sensor, ambient light sensor, accelerometer and gyroscope. The phone holds a 3200 mAh battery which supports Quick charge 3.0 and gives around 4 hrs of usage in 10 mins of charging according to the company. Also, there is an in-built Freezer App which freezes all the non-necessary background apps to reduce battery usage. It has a fingerprint sensor at the back with response time as quick as 0.2 sec. 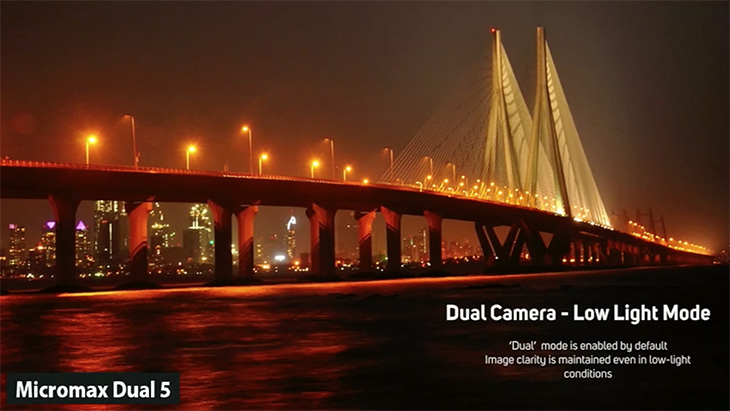 The highlight of the phone is off course its cameras. According to Micromax the Dual 5 has exceptional Imaging capabilities and Smart camera features along side. The Micromax Dual 5 features a dual camera setup at the rear with two 13 MP Sony sensors. Out of the two, one is the monochrome (black & white) sensor and the other is the RGB (color) sensor, both the cameras work simultaneously to produce pictures with accurate colors and good quality. One of the dual cameras locks the subject in focus and the other gathers the depth which gives users DSLR like experience which is further boosted by features like bokeh mode and low light mode.

On the front, there is a 13 MP f/2.0 aperture camera with soft selfie flash for low light selfies. The camera app comes with features like Gesture control, integrated smart-beauty and GIF maker. 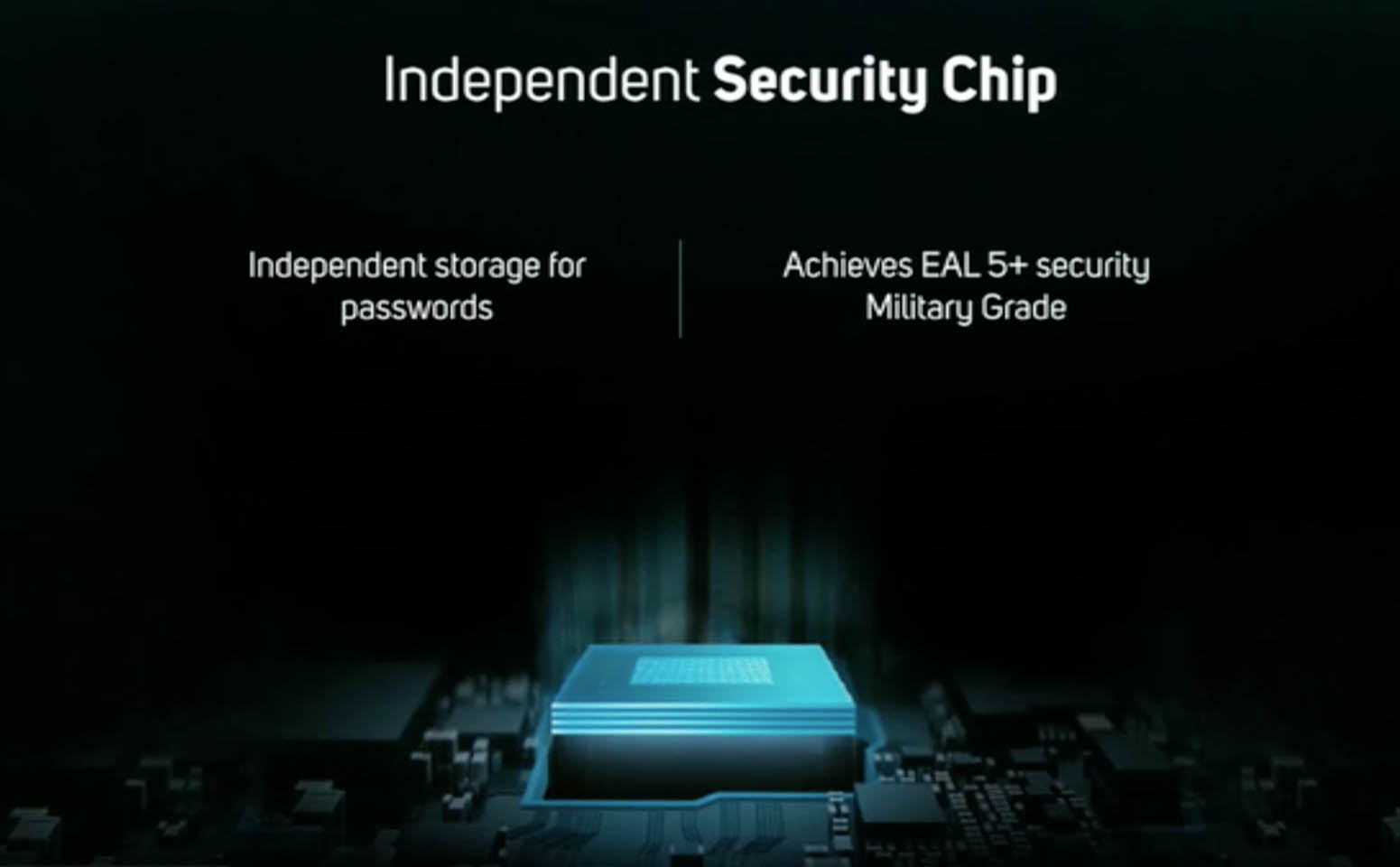 Along with the camera and design, Micromax also emphasises on the security features of the smartphone. The Dual 5 contains an independent Security Chip that stores the fingerprints and sensitive information separately. According to the company, this is EAL 5 standard chip which is used for military grade security. Also, the company claims it to be a ‘theft proof’ smartphone as it comes with a safe switch that will automatically lock the phone and self destruct all the data in case someone tries to pull out the sim-card or tries to hack the phone. Micromax has also added Dual Profiles provision which allows users to create two separate sections in the phone, which exist exclusive to one another and can be used for normal and private usage.

All in all, the Micromax Dual 5 is a feature packed smartphone and as per the company, it is proud to have created it and says it will also give a feeling of pride to the users who own it. The company has also announced that ‘Dual’ will be a series of smartphones and there’s a lot in store under the Dual series with new Micromax Dual 4 coming soon.

That being said, we’ll have to wait and see how the Dual 5 and other coming phones of the series do in the future as Micromax has not been very successful with its stints in the mid-budget segment, a good example is the failure of Yu Yuphoria.