Let’s get into the details of these phones one by one.

The Evoke Note features a 5.5 inch Full-HD (1080 x 1920 pixel) display with 2.5D glass on top. Under the hood it has got a 1.3 GHz octa-core MediaTek MT6753 processor along with 3 GB of RAM and 32 GB internal storage which can be expanded via MicroSD card. The smartphone bears a 13 MP rear camera with auto focus, 5P largan lens and dual LED flash. There is also a 5 MP front shooter for selfies and video calling. The smartphone also holds a fingerprint scanner situated in the home button and comes with Secure Space feature for dual profiles. 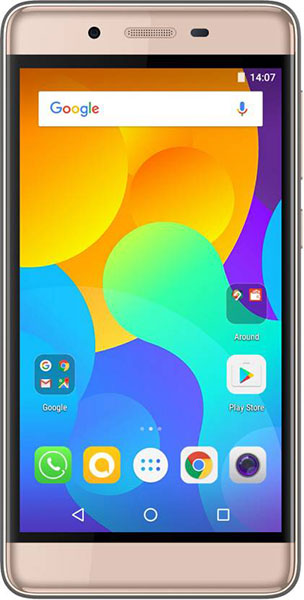 The Evoke Power features a 5 inch HD (720 x 1280 pixels) display and runs on a 1.3 GHz quad-core MediaTex MT6737 processor coupled with 2 GB RAM and 16 GB internal storage, which can be further expanded up to 32 GB via MicroSD card. For imaging, the smartphone contains an 8 MP rear camera with auto focus and single LED flash. There’s also a 5 MP front camera for selfies. The smartphone holds a fingerprint scanner at the back.

“With the launch of the new Evok series, we further strengthen our resolve to offer the best products to consumers at competitive price points. Through our exclusive partnership with Flipkart in the past, we have very successfully expanded the overall entry-level smartphone market and created a favourable impact in the e-commerce channel. Our new Evok Series will yet again showcase our commitment to empowering consumers and at the same time introducing more people to the best of the connected world.”