Microsoft at its Windows event on Wednesday in New York announced a slew of products including, its first all-in-one PC, named as ‘Microsoft Surface Studio’, an upgraded Surface Book, VR headsets for Windows 10 and a new update to Windows 10 known as Creators Edition.

Firstly, talking about the main highlight of the event, the first all-in-one PC, Microsoft Surface Studio. It has a huge 28-inch 4.5K Ultra HD (4500 x 3000 pixels) PixelSense multi-touch display with an aspect ratio of 3:2. It offers 63% more pixels than the regular 4K TVs. It has a 12.5mm thick screen mounted on a counterbalanced hinge that tilts as low as 20 degrees and can easily be switched between desktop mode and studio mode.

Microsoft has introduced a new input device, named as Surface Dial, which is designed for the creative process, enabling you to work with both of your hands. The Surface Dial can be left on a desk, tapped and rotated, and menus will appear on-screen telling you what it is controlling. It also comes with a Surface Pen, Surface Keyboard and Surface Mouse.

The Microsoft Surface Studio is now available for pre-orders in the US through Microsoft Stores, MicrosoftStore.com and will begin shipping in limited quantities from mid-December with broader availability in early 2017.

Microsoft also announced an upgraded version of the Surface Book. The upgraded model packs the latest Intel Core i7 processor and offers twice the graphics performance from its predecessor. It also offers 30 percent more battery life, which according to the company is about 16 hours. In comparison, the original model runs for up to 12 hours on a single charge. The beefed up Surface Book model is priced at $ 2399 and is now available for pre-orders in the US, but it will start shipping from next month. 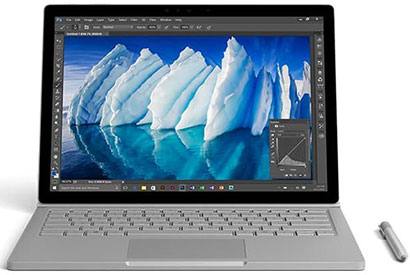 Microsoft announced a range of VR headsets, that will have built-in sensors to enable inside-out, six-degrees of freedom for simplified setup and to more easily move around your home as you experience virtual worlds without any markers. From within Microsoft’s virtual world you can create your own space. The VR headset is priced at $ 299 (approx. Rs. 19,990) and will arrive in early 2017. 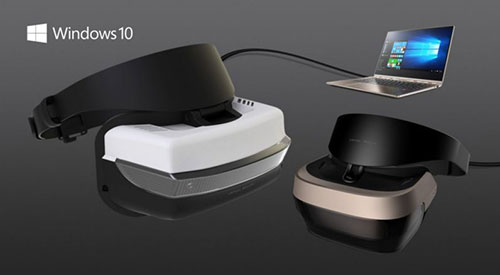 The company has also announced a major update to Windows 10, known as “Creators Edition”, which will be released in spring 2017, and includes new features for creating and playing in 3D.