Today we have brought you a showdown of two best smartphones in the range of Rs. 15,000. They are equipped with adequate features which meet the customer requirements perfectly. Under this price range Motorola Moto G (1st Gen) was launched last to last year which became the hot favourite for customers. Following its success Motorola Moto G (2nd Gen) was launched last year with enhanced and additional features which also made a remarkable business in the market.

However, in this smartphones world, technology keeps updating daily and so is the rank of smartphones. Samsung is excelling in every price range with some beautiful smartphones. Samsung recently introduced its Galaxy Grand Max priced at Rs. 15,990 with some amazing specifications. Though it is powerful than Moto G (2nd Gen) in terms of specifications and performance, Moto G (2nd Gen) is still a good smartphone to buy, which calls for a hot comparison in between them.

Lets have a look on both of them in details via a comparison – Moto G (2nd Gen) Vs Galaxy Grand Max, to find out which holds the top position now.

After watching the above Spec Table, no doubt Samsung Galaxy Grand Max stands more powerful than Motorola Moto G (2nd Gen) in terms of overall specifications. However specifications are not the only deciding factor one should look for while buying a smartphone. Thus, to make you people familiar with each and every thing regarding this two smartphones, let’s get into full details one by one. 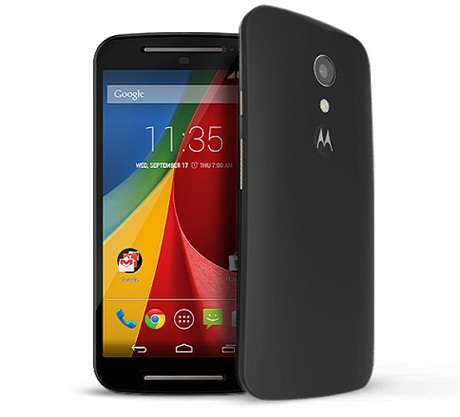 Motorola has been on a roll after the huge success of its Moto Smartphones – Moto G, Moto E, Moto X. Moto G was one such best product from Motorola which created a huge bluster in the smartphones market. After its huge success Motorola continued the bluster and introduced the Moto G (2nd Gen) which was even better and bigger than its predecessor. Moto G (2nd Gen) is a perfect blend of price and specifications, thus making it a top choice among the customers. It was ruling the chart since then.

The Moto G (2nd Gen) enhanced in terms of screen size, bigger and better 8 MP camera and it also comes with expandable storage now. The Moto G (2nd Gen) sports a 5-inch HD (720 x 1020p) display protected with Corning Gorilla Glass 3. It is powered by a 1.2 GHz Qualcomm Snapdragon 400 Quad-Core processor coupled with 1 GB of RAM. It has a 8 MP rear camera and a 2 MP front shooter.

Moto G (2nd Gen) has 8 GB of inbuilt storage which is expandable via Micro Sd card up to 32 GB. The phone is backed by a battery of 2070 mAh. The phone is 10.99 mm thick and weighs 149 gram just a little heavier than the older model. It comes with water-resistant nano coating and supports Dual Sim. The phone runs on Android 4.4.4 Kitkat out of the box which is now upgradable to Android v5.0 Lollipop.

Adding to the above features, it also has the stock Android UI which gives users a great Android experience and amazing performance. Overall, Moto G (2nd Gen) is a good phone with good performance. 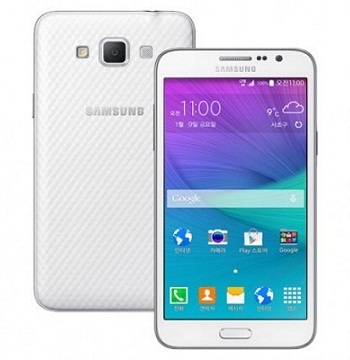 Samsung is a big and renowned name in the smartphones world today. Samsung has its phones in every price range from a simple to smartest. Keeping up the tradition, Samsung recently launched its new mid range smartphone called “Galaxy Grand Max” at a price of Rs. 15,999. Due to its high-end specifications it gives amazing performance.

Samsung Galaxy Grand Max features a 5.25 inches screen with 720 x 1280 pixels HD display which is very decent and gives good viewing experience. It runs on the Snapdragon 410 Processor coupled with 1.5 GB of RAM that makes performance of the phone quite good, smooth and lag-free. The another highlight of the phone is its camera. It has a 13 MP rear camera which is very good and offers many camera features. It also has a great 5 MP front shooter for a perfect selfie.

Galaxy Grand Max sports 16 GB internal storage which is expandable to 64 GB which lets you store more data. The phone runs on the Android Kitkat v4.4.4. Due to The Touchwiz skin of Samsung, the UI of the phone is very good providing a great user experience. The design of Grand Max is usual and like typical Samsung phones but there is matte finish in the back panel which gives you a good grip and it feels nice to hold the phone. It is backed up by a good Li-Ion 2500 mAh battery which lasts for a day. It also supports 4G LTE which will be useful in the future time.

After analysing both the smartphones we must say Samsung Galaxy Grand Max steals the show with its better specifications at this price. Not only in specifications, but we must agree to the fact that it is associated with one of the best after sales services in the world. So, the Grand Max hits the mark! It is a well-balanced phone offering good design, good UI, good performance and the most important – it offers a better overall smartphone experience. So, among the Moto G and the Grand Max the winner is – Samsung Galaxy Grand Max.

Though Motorola Moto G (2nd Gen) falls behind, it is still a good choice one can go for. After all it is the phone which raised the bar high and set a new standard for phones at the budget level. The Moto G can be a favourite choice for those who don’t want a Samsung device or those who need a non-cluttered stock android experience. It is well-known that the Moto G is a great device in terms of quality as well as performance and it still stands strong, not falling behind the Grand Max by a big margin.