The smartphone makers are hitting really hard on the concept of “High-Quality” and “Low-Cost” combination. Well, why not as this has proved to be a classic formula for success. Motorola was among the first to hit this success formula with Moto G launched back in 2013. Since then we have seen many companies tasting success which has certainly heated up the competition as well.

Motorola continued their trend with Moto G (3rd Gen) and this time also it is good enough to attract customers. On the other hand we have Samsung which stands more powerful in high-end devices while in mid-range devices it has lost lot of grounds but one of its latest launch Galaxy J7 has got a lot to attract consumers.

So at the 15,000 Rs. price range we have now two interesting smartphones from reputed international brands up for competition, the Motorola Moto G (3rd Gen) and Samsung Galaxy J7. Let’s find out which will emerge as a winner by a detailed comparison:

To know the real performance of a smartphone stating only specifications will not help as they are only one face of a coin, to know the other face we need to get into complete details of these smartphones. So, let’s have a look on both one by one. 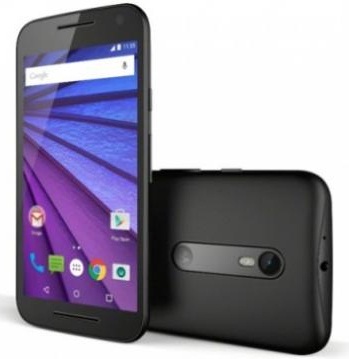 When Motorola launched the first Moto G in 2013, everyone was wondering how a smartphone could offer so much at such a low price. Soon, companies like Xiaomi came up with even better offerings at the same price but, with success of Moto G and Moto G (2nd Gen), Motorola proved why they are reigning supreme in the mid-range budget segment. Now, to continue the reign Motorola came up with Moto G (3rd Gen) which is undoubtedly reaching heights.

The Moto G (3rd Gen) sports a 5-inch IPS LCD capacitive touchscreen with a HD resolution (720 x 1280 pixels) having pixel density of 294 ppi. The screen is protected by Corning Gorilla Glass 3 and the design is quite refined than its predecessors, around the edges you’ve got hard plastic that’s made to look like metal, on the back you’ve a soft-touch replaceable textured cover which gives you a more premium feel.

It boasts of a 13-megapixel rear camera with f/2.0 aperture lens, auto-focus, dual-LED flash and a 5-megapixel front selfie snapper with f/2.2 lens and a Field of view (FOV) of 72 degrees. The Moto G (3rd Gen) runs on Android 5.1.1 Lollipop and we know that Android experience on Motorola devices has always been satisfactory.

The USP of Moto G (3rd Gen) can be said to its Water resistance capability as it is IPX7 certified meaning it can be dunked in up to one meter of water for up to 30 minutes without taking damage. The 2470 mAh battery offers a decent backup of around 10 hours and 46 minutes.

Overall, the Moto G (3rd Gen) is a great device at a great price and it is worth buying. 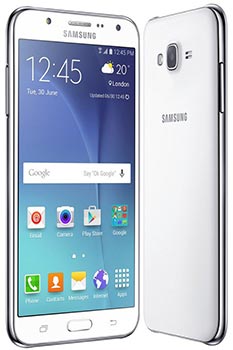 The new Samsung Galaxy J7 hosts many features and is a powerful smartphone. It has a 5.5-inch Super AMOLED HD (720 x 1280 pixels) capacitive touchscreen having pixel density of 267 ppi. It houses a octa core Exynos 7580 Processor which runs at 1.5 GHz, giving you smooth and lag free performance. The processor is coupled with 1.5 GB of RAM which is slightly less as compared to other smartphones in the same segment. However, the combo of powerful processor and RAM boosts the overall performance of the phone.

It boasts of a 13-megapixel rear camera with auto-focus, LED flash and a 5-megapixel front camera with a LED flash in front as well to take great selfies. The internal storage is 16 GB and it is expandable upto 128 GB via microSD card. The smartphone runs on Android 5.1 Lollipop. It houses a massive 3000 mAh battery which gives you a great standby time, you can watch your videos and access internet without worry of charging frequently.

Overall, the Samsung Galaxy J7 packs some good specifications and it is a good smartphone one can opt for, in the budget segment.

Now, let’s figure out some pros and cons of these smartphones over each other.

Moto G (3rd Gen): It is a beautiful looking smartphone with a great design & build quality, good processor, good storage options and a decent battery life. Important highlight of Moto G (3rd Gen) is that it is Water Resistant up to 1 meter for 30 minutes. Another great thing is, with Motorola devices we get Stock Android UI with Guaranteed Future Android Updates. When comparing with Samsung Galaxy J7 it might seem less powerful in terms of performance but it is a great device with best overall smartphone experience, and if you are a little tight on budget, it is 2,000 Rs cheaper than Galaxy J7.

Samsung Galaxy J7: Unlike Moto G, it is a smartphone which focuses more on specifications rather than the user experience. It packs a bigger 5.5 inches screen, Samsung has always been good in camera department and the Galaxy J7 offers better cameras than Moto G, it also offers interesting feature like LED flash for front camera. Among the two phones, it houses a more powerful Octa-core processor and a better battery life, it also offers higher storage options. A great advantage of buying a Samsung phone is that, it offers best after sales service. So, the Galaxy J7 offers a good complete package and can be a good choice, provided you are ready to pay some extra money for it.

Coming to the final call, we can say that the Motorola Moto G (3rd Gen) offers all-round performance and a great user experience at a lesser price. The Moto G (3rd Gen) offers everything we desire in a good mid-range budget smartphone and hence, as a better overall package it is the winner between these two. However, the Samsung Galaxy J7 is also a good package and is not a bad choice either. So, as per your compatibility and requirements you can choose your best between these two phones.