As scheduled, the Lenovo owned Motorola has launched its much awaited Moto G5S and Moto G5S Plus smartphones today in India. The smartphones come in as the successors of previously launched Moto G5, Moto G5 Plus and hold upgraded cameras and design as compared to their predecessors. The Moto G5s comes at a price of Rs. 13,999, while the Moto G5S Plus holds a price tag of Rs 15,999.

The Moto G5S Plus will be available exclusively via Amazon starting at 11:59 PM IST tonight itself and will also be sold through Moto Hub offline stores in Delhi-NCR and Mumbai. Where as the Moto G5S will be available via Amazon, Moto Hub, leading large format retailers and retailer stores again from 11:59 pm IST on Tuesday itself.

The smartphones come with some launch offers as well under which, all those who purchase the smartphones will get extra Rs. 1,000 off on exchanging old smartphone. Also there is no Cost EMI facility available on all credit cards. The Moto Sports headphones will be available at a discounted price of Rs. 499 price and the buyers will also get 80 percent off (up to Rs. 300) on the Amazon Kindle app, along with up to 50 GB additional 4G data on Jio.

Coming back to the new phones, both the smartphones hold a design similar to that of the Moto G5 series. The only difference in the design this time is that both, Moto G5S and G5S Plus come with a metal uni-body design. Apart from that, there is also an upgrade in the imaging department with the highlight being the dual rear camera setup on Moto G5S Plus. Both the smartphones run on Android 7.1 Nougat out-of-the-box. 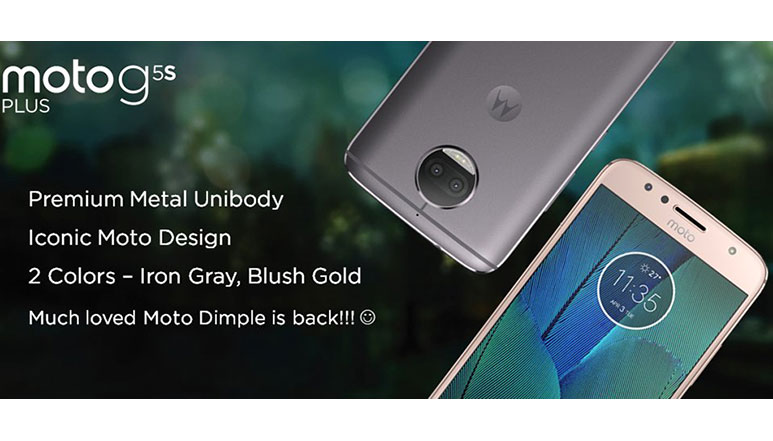 The Moto G5S Plus sports a 5.5-inch Full-HD (1920 x 1080 pixels) display with Corning Gorilla Glass 3 protection. It is powered by a 2 GHz Octa-Core Snapdragon 625 processor along with Adreno 506 GPU. The device comes with 4 GB RAM and 64 GB internal storage variant only, and the company has decided not to launch the 3/32 GB variant in India. The internal storage can be further expanded up to 128 GB via microSD card.

The premium highlight, that is the optics department consists of a dual camera setup at the rear with two 13 MP sensors with f/2.0 aperture. One out of the two is an RGB sensor and another is a Monochrome sensor. The rear camera is accompanied with a dual-tone LED flash and also comes with features like selective focus mode for portraits, blurred background effect, selective black and white coloring, replace background mode and 4K video recording support. On the front we are looking at an 8 MP camera with an f/2.0 aperture, wide-angle lens, and LED flash. 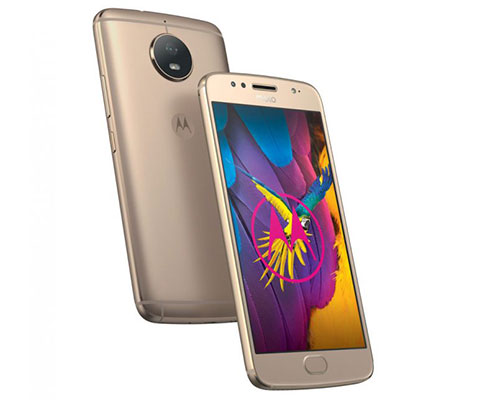 Coming towards the smaller variant, i.e the Moto G5S, it sports a 5.2-inch Full-HD (1920 x 1080 pixels) display with Corning Gorilla Glass 3 protection on top. It is powered by a 1.4 GHz Octa-Core 64-bit Snapdragon 430 processor coupled with an Adreno 505 GPU. The device comes with 4 GB RAM and 32 GB internal storage which can be further expanded up to 128 GB with microSD card. In the imaging department, the Moto G5S holds a 16 MP rear camera with f/2.0 aperture and PDAF accompanied with a dual-tone LED flash. There is also a 5 MP front camera for selfies and video calls.

Both the smartphones pack a 3,000 mAh battery with Turbo charge which, as per the company, is capable of providing up to 6 hours of battery life in just 15 minutes. The smartphones have a fingerprint scanner embedded in the home button along with Water repellent nano-coating which makes them splash proof. The connectivity options include, 4G VoLTE, WiFi 802.11 a/b/g/n, Bluetooth 4.2 LE, GPS and NFC. The Moto G5S Plus measures 153.5 x 76.2 x 8 mm and weighs 168 grams, whereas the Moto G5S measures 150 x 73.5 x 8.2 mm and weighs 157 grams.