The Lenovo-owned Motorola, a few weeks ago announced its much awaited Moto G5S and Moto G5S Plus smartphones. The smartphones were expected to launch soon in India and we now know that it is the Moto G5S Plus that is going to arrive first. E-Commerce giant Amazon has apparently put up a dedicated webpage for the smartphone, confirming its launch on 29th August and also indicating that it will be an Amazon Exclusive.

The Moto G5S Plus was being teased by the company from a while with a tag “Find your Focus”, highlighting the dual rear camera setup. And now confirming the date, the banner on Amazon reads, “Moto G5S Plus, Unveiling 29th August, 12 PM.” Moto G5S Plus came with a price tag starting at 299 Euros (Rs. 22,640 approx) when it was launched globally. However, it is expected to be priced starting at Rs. 17,999 when it hits the shelves in India. 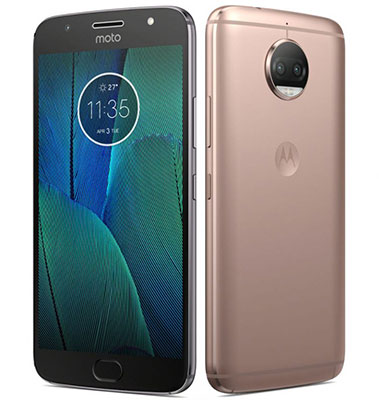 The Moto G5S Plus sports a 5.5-inch Full-HD (1920 x 1080 pixels) display with Corning Gorilla Glass 3 protection. It is powered by a 2 GHz Octa-Core Snapdragon 625 processor along with Adreno 506 GPU. The device was in two variants, one with 3 GB RAM and 32 GB internal storage and another with 4 GB RAM and 32 GB internal storage, where the internal storage can be expanded up to 128 GB via microSD card. It is uncertain whether the company will launch both the variants in India, or it will settle for either one of them. The smartphone runs on Android 7.1 Nougat out-of-the-box.

The camera department, which is the premium highlight of the smartphone, includes a dual camera setup at the rear with two 13 MP sensors with f/2.0 aperture. One out of the two is an RGB sensor and another is a Monochrome sensor. The rear camera is accompanied with a dual-tone LED flash and also comes with features like selective focus mode for portraits, adding blurred background effect, selective black and white coloring, replace background mode and 4K video recording support.

The smartphone packs a 3,000 mAh battery with Turbo charge and is rated to provide around a day’s battery life. The Moto G5S Plus also comes with a fingerprint scanner embedded in the home button along with Water repellent Nano coating, making it splash proof. The connectivity options of the smartphone include 4G VoLTE, WiFi 802.11 a/b/g/n (2.4 GHz + 5 GHz), Bluetooth 4.2, GPS and NFC.